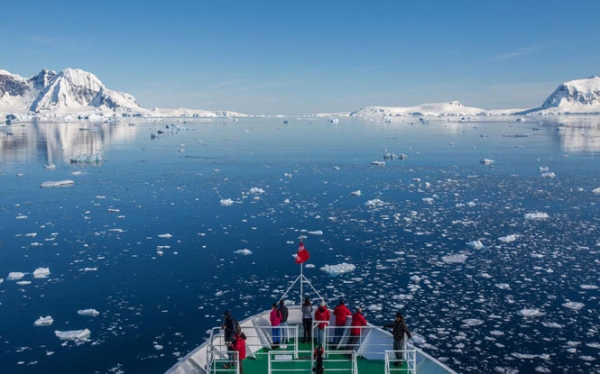 Antarctica - on a budget

It’s a trip of a lifetime visiting Earth's southernmost continent - the world’s driest, coldest and windiest - and home to the South Pole. Almost entirely covered in ice, you’ll sail past glorious icebergs to reach this isolated landmass that’s home to rich wildlife, such as blue whales, soaring albatross, fur seals and emperor penguins.

The most popular port is Ushuaia at the tip of Patagonia in southern Argentina. It’s also the closest port to Antarctica with almost daily departures during the main season from November to March. It’s from here that you can often pick up some good deals - but remember, we’re not talking cheap. There is no cheap way to reach this luminous seventh continent, but if you’re flexible, don’t mind sharing a cabin, and don’t need to book too far in advance, it is possible to book a $10,000 cruise from around a third of that price, perhaps somewhere between $3,500 to $4,500. Rather than it being about booking the cheapest, it’s more about securing a significant discount off a higher-priced trip to have the better experience.

It’s worth finding out what’s included in terms of food, drink and excursions. Food is almost always included but drinks can hike up the cost. It’s a case of doing the maths and comparing the overall figures, not the just the trip price. Some companies worth checking out for last-minute deals include Freestyle Adventure Travel, G Adventures, Intrepid Travel and Antarctica Ushuaia Turismo. You don’t have to be in Ushuaia to find good deals, but if you are, flexibility may be in your favour and you may have more choice with local operators.

It’s important to keep expectations in check. For example, there are restrictions on how many people can set foot on land, in order to protect this pristine wilderness from the effects of mass tourism. Smaller expedition-style ships often provide more chances to explore on foot, and they offer an altogether more intimate experience - if that’s important to you, ask about passenger numbers and how many opportunities you’ll have to walk on Antarctica itself. Often many of these smaller, no-frills are cheaper than the larger luxury liners anyway, but it’s about what sort of experience you’re after. In the end, you’re seeing Antarctica. It’s not going to be too shabby…  Bear in mind you’ll need travel insurance, if you don’t have it already and confirm you’re covered for Antarctica. If you did require hospital treatment, you’d need a helicopter to fly you out - and the costs without insurance don’t bear thinking about.

Additionally, only book trips with companies who are members of AATO (International Association of Antarctic Tour Operators). Together, they work hard to maintain the continent’s fragile environment and ecosystem, through a series of measures such as not dumping grey water into the habitat, not allowing visitors to get too close to wildlife, not taking anything home such as feathers and rock, and certainly not leaving any litter behind - as a visitor, feel free to call out anyone doing any of the above as well.

It may well be one of the most expensive trips you take, even at its ‘cheapest’, but there’s almost no doubt that it will also be one of your most unforgettable. Safe passage…