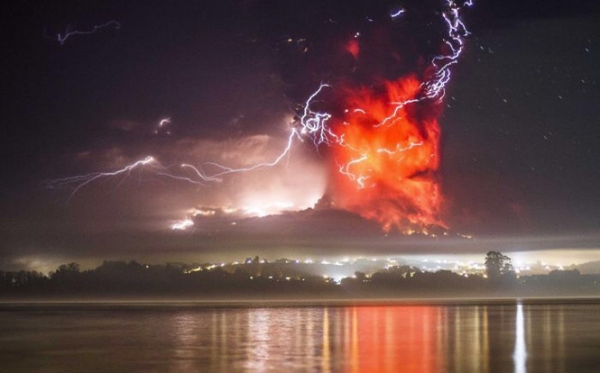 Spiritual Revolution and the Fulfillment of Prophecies

Spiritual teachings say that the Earth's Kundalini is always attached to a single location on the surface of the Earth and stays there for a period of about 26,000 years. Then it moves on to a new location for the next 26,000 years, and is related to what we call the Precession of the Equinoxes.

The Precession of the Equinoxes refers to the observable phenomena of the rotation of the heavens, a cycle which spans a period of (approximately) 25,920 years, over which time the constellations appear to slowly rotate around the earth, taking turns at rising behind the rising sun on the vernal equinox.

Until 2012 the Earth’s Kundalini was located in the Far East - specifically Tibet, Nepal, and India. We can see that this part of the world was the birthplace of many of the world’s major spiritual movements and religions. In the spiritual teachings of the ancient Mayans, an end of age occurred in 2012. This shift of energy coincides with the Precession of the Equinoxes. At this time the energies of the Earth began to shift and change. Many believe the Kundalini of the Earth began to shift locations.

In April 2015, Nepal experienced an incredible and catastrophic earthquake. The Gorkha Earthquake led to massive destruction, which included the fall of numerous temples and historic sites. This same month, within days of the earthquake in Nepal, the Calbuco Volcano in Chile erupted - the first eruption in over 50 years. Two more eruptions followed - all within one week. Volcanic lightning and lava illuminated the sky. This was considered an exceptional and major eruption.

For those who study symbolism, an earthquake signifies destruction, upheaval, and massive change. Volcanoes are said to represent creativity, feminine force, birth, and revolution. In these two major events, we can see the possibility of the end of an era and the birth of something new.

Many mystics, wisdom keepers, and spiritual teachers all across the planet have shared a theory that claims the Earth’s Kundalini left its resting place in the Far East and shifted to South America. Some believe that the Kundalini energy that gives birth to spiritual awakening and rise in consciousness is currently residing in the Andean mountains of Chile and Peru. Others believe that it will continue to expand all the way to Mexico and the Western United States.

Although many modern Westerners maintain a keen interest in the teachings of the East, the past decade has given rise to a growing attraction for the spiritual teachings of the indigenous cultures of the Americas - especially the traditions and wisdom teachings of many of the South American tribal cultures. We can see this in the rise of spiritual tourism and eco-tourism throughout South America, the growing interest in traditional indigenous healing practices, ayahuasca ceremonies and other power plants used for healing in these cultures, as well as journeys to power spots such as the Sacred Valley and the Nazca Lines in Peru, the pyramids of Mexico and Guatemala, Lake Titicaca in Bolivia, and expeditions to the Amazon rainforest.

Could there be a spiritual revolution taking place? Will the ancient teachings and traditions of native cultures in the Americas lead us towards a new consciousness for humanity?

For the past 14 years, I have been deeply involved in learning and participating in many of the indigenous traditions from the Americas - especially from South America. Healing traditions from what has been called the “Red Road” has become an integral part of my life. Indigenous medicines such as ayahuasca, yagé, wachuma, kambo, peyote, temazcal, and others have helped me heal and strengthen my body, as well as advance my personal spiritual awakening. Through these experiences, I have witnessed multitudes of people seeking deeper meaning, connection to the Earth, spiritual awakening, and healing for their lives. Each year seems to bring more seekers - affirming that something profound is emerging from the lands of Central and South America.

I personally agree that a revolution in consciousness is happening and that the traditions of the First Nations of the Americas are leading us into a new age - a new era of healing, unity, and responsible stewardship of our beloved planet - Pacha Mama.

There are several prophecies that originated in the indigenous cultures of the Americas. One such prophecy is that of The Eagle and the Condor which came from the Amazon and is shared by many other indigenous cultures. This prophecy speaks of human societies splitting into two paths – that of the Eagle, and that of the Condor. The path of the Condor is the path of the heart, intuition, and of the feminine. The path of the Eagle is the path of the mind, of the industrial, and of the masculine. The Eagle is said to represent North America. The Condor is said to represent South America. This prophecy tells us that there will come a time when the Eagle and the Condor meet and at that time peace will awaken and a new era will begin.

Another prophecy called the Prophecy of the Seventh Fire, says that: “In the time of the Seventh Fire, a New People would emerge. They would retrace their steps to find the wisdom that was left by the side of the trail long ago. Their steps would take them to the elders, who they would ask to guide them on their journey. If the New People remain strong in their quest, the sacred drum will again sound its voice. There will be an awakening of the people, and the sacred fire will again be lit. At this time, the light-skinned race will be given a choice between two roads. One road is the road of greed and technology without wisdom or respect for life. This road represents a rush to destruction. The other road is spirituality, a slower path that includes respect for all living things. If we choose the spiritual path, we can light yet another fire, an Eighth Fire, and begin an extended period of Peace and healthy growth” (Grandfather William Commanda, Circle of All Nations Prophecy of the Seven Fires of the Anishnabe).

Perhaps the ancestors of these ancient indigenous cultures truly saw the coming of an age when humanity would awaken and begin to honor the ways of peace, healing, and love for the Earth. I believe it is happening. I believe that the growing interest that Westerners have for learning and participating in indigenous ways is a sign that this change is manifesting.

The people of the Earth are awakening. We can see this in the revolutions that have been emerging throughout Central and South America, as well as in the rise of spiritual pilgrimages to those lands. More and more people are seeking meaning and healing in their lives - and it seems that the long-shrouded wisdom and ancient traditions of native tribal cultures that is now emerging and being integrated into our modern world, is providing wisdom to guide us into a new way of life on Earth. This new way is based on sustainability, humanitarianism, health, consciousness, and reverence for all life.

This brings me much hope. I trust that despite the chaos and suffering the tabloids and news channels report to us, there is something beautiful emerging. I have faith in the goodness of humanity. I choose to believe that these prophecies are being fulfilled. I have witnessed great healing and powerful transformations in the many people who have been seeking out the ancient ways of the indigenous cultures of the Americas. If you have not yet experienced these traditions or the lands where they originate, I encourage you to do so. There is great wisdom, healing, and even enlightenment awaiting those who seek with open hearts and a true desire for change.

I give thanks for the wisdom keepers of the First Nations - for they hold keys for the future - for the survival of humanity on this sacred planet we call Earth. I ask that each of us consider all the choices we make - each day and with each dollar we spend - and that we make choices that help to ensure the safety and longevity of these ancient cultures and the lands where they originate.

Thank you for sharing this beautiful hopeful wisdom. We are truly on the cusp of a spiritual shift which breeds hope at a time where we need it misrepresents than ever.

I live in the high Andes of Ecuador, an Indigenous country. There is much awakening and teaching here among the Indigenous. Otavalo is a power spot as is Cotacachi, both in Imbabura Province. We live in Cotacachi which is between two dormant volcanos, "Cotacachi", and "Imbabura". Not far away is another volcano, "Cayambe" which wears a crown of a magnificent glacier.

Many people from the United States and Europe have been drawn to this country and live here now. They don't all understand what spoke to them to relocate to a place so opposite from what they are used to, but here they are. This is a place of light and it is beginning to shine brightly.

For example, in the hills above Otavalo is a Yoga and Meditation Center that is managed by Sikhs. Here in Cotacachi there is a similar center called "Ananda". It is true that the planetary Kundalini lives here now.

For some reason you ain't got no comments, you deserve more credit and discussion for this work.