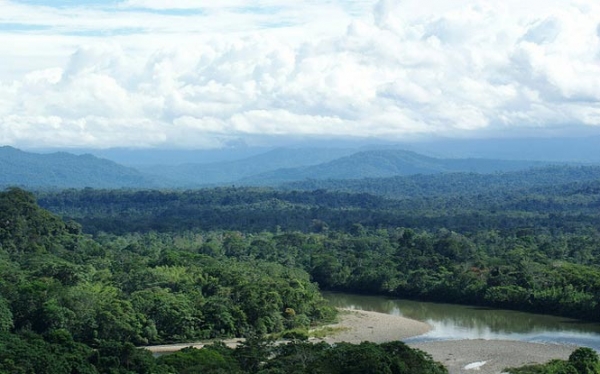 Are you wondering just what kind of impact you can have as a volunteer? Here's a story sure to inspire you: On Saturday, May 16th, volunteers across Ecuador broke a Guinness World Record for Reforestation!

The South American country is known for its broad diversity of forests - from the sprawling and majestic rainforests of the Amazon, to the unique and highly-endemic dry forests of the coast, to cloud forests among snow-capped peaks. Half of Ecuador's forests are primary, so while conservation is also a priority, it is the country's reforestation efforts which were lauded this past week.

People from all the different climates of Ecuador banded together for a day of record-breaking volunteer tree-planting. The sheer number of trees planted (647,250) was a lot, but that's not what actually broke the world record. (The record for the most trees planted goes to the Philippines, where volunteers planted an incredible 3.2 million seedlings in just one hour!)

In Ecuador, diversity was what won this effort a place in Guinness history. Over 200 different types of trees were planted during the nationwide Siembratón (or plant-a-thon) organized by the government, while previously-existing records were for no more than 150 different species planted at once.

According to the Ecuadorian Minister of the Environment, over 44,000 people participated in the event, and the trees planted covered more than 2,000 hectares. Aside from the Philippines, similar tree-planting efforts illustrating the power of volunteer work have been held the past few years around the world. In India, for example 1.9 million trees were planted in 2011.

Now Ecuador has set another milestone with regard to reforestation, but hopefully it is one that is broken soon by more volunteers dedicated to making the planet a greener place.

Curious about volunteer opportunities in Ecuador or working on reforestation? Be sure to browse the opportunities available through Volunteer Latin America!