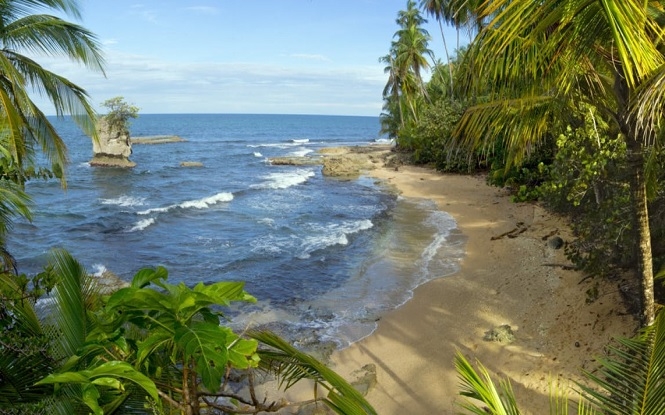 Into the Jungle I Went

Since a child I had an understanding that nature has many ways to help us heal. Without fully understanding the images, in my minds eye I would see images of rainforests, shamans, mystery plants, and other curiosities.

In my early 20’s I experienced a sudden and drastic change in my health. I was studying and performing as a dancer when almost overnight an onslaught of strange symptoms took reign over my body. Aches, pains, food and chemical intolerances, allergies, digestive issues, loss of energy, sleep problems, severe anxiety, and much more became part of my daily existence. Being raised by a health conscious mother, my inclination was to seek natural ways to heal and regain my health. I had become unable to work. I was very limited to where I could go or what I could eat – as I was prone to have severe reactions – sometimes causing me to faint or lose vision, and even a few times ended up with me in the ER. I had to leave my work with dance, move from where I was living, return back to my family home, and dedicate my time and energy to heal. My healing journey became my school. I was learning through my tests, trials, and studies. This path brought me deep into the world of herbalism, nutrition, organ cleansing, detoxification, acupuncture, and Traditional Chinese Medicine. After a year of intense focus and work, I had successfully healed the realm of maladies that had been robbing me of my energy and inspiration. I healed systemic candida, ovarian cysts, a multitude of allergies, eczema, digestive troubles, and more. I also was filled with a new passion – a desire to learn and practice natural healing - to help others heal. I enrolled in a school for Traditional Chinese Medicine and Oriental bodywork.

Although my work in clinic and private practice was rewarding, and I saw many people find healing through natural means, I still would receive the images of the rainforest, the shamans, and the mysterious plants. Something more was calling me. Something in the jungle was calling me.

In 2005 I made a bold move and sold everything I had and moved to Costa Rica. I had the awesome opportunity of living and working at a Permaculture education center on Costa Rica’s Caribbean coast. This place, named Punta Mona, is located in the rainforest, accessible only by boat or hiking almost 2 hours through the jungle. This place was very remote. We lived with solar panels for limited electricity, hand washed our clothing, and lived in a very rustic and natural way. It was while living here that I dove into learning about the tropical medicinal plants for healing. I learned numerous plants and how to prepare them. I was amazed at the plethora of healing allys that occupied every area that could support plant life. Gavilana, sorosi, hombre grande, juanilama, guayaba, graviola, targua, zacate de limón, cuculmeca, tilo, noni, pasiflora, llantén, kalanchoe, and too many more to take the time to list here. I learned how to heal parasites, staph infections, dengue fever, diarreah, fevers, inflammation, influenza, and all kinds of illnesses – minor and major. Over time I gained several mentors and teachers who schooled me in the folk medicine ways, the indigenous traditions, as well as some modern science regarding the lush abundance of plants and natural tropical remedies for healing everything from a common cold to cancer.

A couple years later, fate and synchronicities brought me to begin learning about the shamanic healing traditions of the Americas, and mostly the Amazon. This is when I first began to learn about the sacred healing vine called ayahuasca. Once my awareness was brought to her existence, I began meeting people who had drunk the bitter medicine. I heard stories of miracle-like healing experiences. The occurrence of hearing about ayahuasca, and meeting people who had worked with this plant medicine, grew and grew until I was offered the opportunity to attend an ayahuasca ceremony in early 2008. The ceremony took place behind a waterfall, in a large cave, up on a mountain, in the lush tropical jungle of Costa Rica. The medicine itself, and the “curandera” who served the medicine and led the ceremony, came from the Amazon of Peru. This ceremony changed my life forever. I knew that I had stepped through a door, and that what healing looked like and meant to me would never be the same. I began to see deeper into the reality of holistic healing – healing that incorporates all parts of the person – physical, emotional, psychological, and spiritual. I understood more about the visions I received since a child – the mysterious images of tropical forests, shamans, and plants being prepared for healing brews. I knew that everything I had experienced regarding natural healing had been preparing me for this new world that had just opened to me.

Since that first ceremony, now 9 years ago, I have continued to dive deeper and deeper into the mysterious world of traditional indigenous healing, Amazonian plant medicines, spiritual healing, and the “power plants”, such as ayahuasca, cacao, San Pedro (huachumo), kambo (Amazonian fog poison), rapé and romé (sacred tobacco “snuff”), as well as a multitude of healing plants that can help prepare our bodies and spirits for our use and communion with these most special of medicines. I have been recipient, student, and observer to a vast array of shamanic healing traditions. I have had the blessed opportunity to learn from and to assist and support a number of shamans, curanderos and curenderas, and healers of varying styles as they brought their ceremonies, medicines, and healing traditions to the land I have been calling home for just over a decade now.

Through this work I have seen a world of healing that I never had dreamt possible. What I saw healed in clinic or in my private practice, seemed to find a short cut with these ancient traditions and tropical plants. I have had the great honour to know and see people healed of lymes disease, cancers of many kinds, auto-immune disorders, digestive troubles, depression, addictions, infertility, chronic pain, asthma, diabetes, and much more with the inclusion of these ancient medicines. I also have come to understand my lifelong fascination with the forest, and my drive to travel further south – into the tropical rainforests, high into the mountains, far off the main streets, and deep into the lives of people who live in a world within our world… or perhaps a world just outside our world…. People who have preserved the magic, the mystery, and the faith in the power of nature and spirituality. It is through these people and their traditions that the sacred knowledge of preparing and using these mystical medicines has been able to be passed forth to this day.

As someone who had once suffered deeply with loss of health, as well as someone who became a servant of healing to help others, I cannot deny the importance of these ancient traditions that had long remained hidden deep in the jungles of the lower Americas. I am passionate about helping these medicines, and the traditions that support them, be known by as many people as possible. I am dedicated to supporting the indigenous cultures and their natural environments where these traditions and medicines come from, as well as helping create opportunities for people to experience the transformative and healing powers of the sacred power plants and medicines native to the lands of Central and South America.

Ayahuasca has spoken to me – she has told me of her “mission” to help save the rainforests by helping heal the hearts of the people lost and suffering. Cacao has told me something similar… that she offers herself, from deep in the forests, to help heal our hearts, and help heal the split between humans and nature. Kambo has taught me how it can strip away all that catches us and traps us in suffering, so we may experience liberation and vibrant health. These are just a few of the messages these residents of the forests have shared with me.

In this moment when disease, depression, addictions, and soul crises seems to be more prevalent than ever, I have learned of and experienced remedies and solutions that can help heal the bodies, minds, hearts, and souls of our people of the modern age. Now is the time to bridge these worlds – our modern world that has forgotten many of the old ways, and the ancient world where magic and miracles still happen on a daily basis. In doing so, we can co-create a bright future … with the help of the plants, the frogs, the fungi, and all the other mystical assistants of these precious lands.

What an amazing committed journey this life!! Thank you for sharing the wisdom you gained.

You're amazing Zahrah. A true inspiration. I love that you are willing to speak what you believe, with no doubts of what a "general society" make think, or approve of. I too was enlightened by an ayahuasca ceremony, except in Peru, deep in the Amazon. We also partook in forms of kambo and rapé, however it was called sapo and nunu. I am also a journalist, however, have yet to widely share my experiences about my wonderful trip to Peru. One day... You are a brave rainforest warrior and I admire you.

How can we experience the healing?