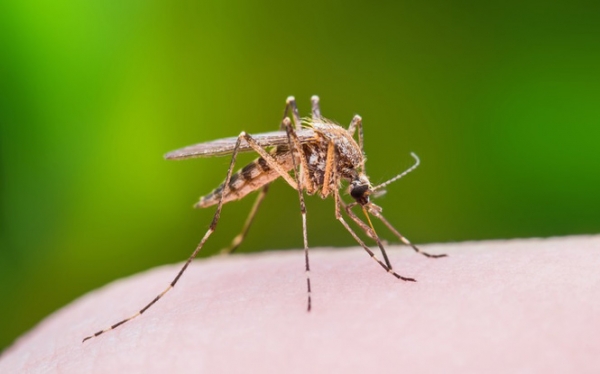 The hysteria regarding the Zika virus and the official narrative that it could be responsible for causing birth defects in Brazil requires closer examination. Zika has been linked to a birth defect called microcephaly, which causes babies to be born with brain damage and unusually small heads. Two fundamental questions need to be asked: is there a mass outbreak of microcephaly as widely reported in the mainstream media and is there a definitive link between the Zika virus and microcephaly.

When you examine the evidence it's no wonder there has been a viral outbreak of Zika conspiracy theories. And for good reason, the whole thing appears to be a gigantic hoax. The global hysteria about Zika is engineered and there is no evidence to suggest it is linked to microcephaly. The Brazilian government has already admitted that overly generous parameters resulted in dramatic over-reporting of the rare condition. As reported by The New York Times "Of the cases examined so far, 404 have been confirmed as having microcephaly. Only 17 of them tested positive for the Zika virus." To repeat: the Brazilians could only find a trace of Zika in 17 out of 404 cases of microcephaly. On the basis of this we've had worldwide panic and hysteria, women being told not to get pregnant, not to travel to 22 countries, not to breast feed, and perhaps most disturbing of all, abortions at sea. Pregnant Zika victims in some Latin American countries have been given access to abortions at sea because the country they live in doesn't allow abortions, except in very restricted cases (the procedure is banned entirely in Chile, Dominican Republic, El Salvador and Nicaragua). Fortunately, these pregnant women will never know the truth, that the loss of their children was created by fear and propaganda.

The Zika virus has been around since the 1940s and the infection typically causes only mild flu-like symptoms. There is no reason to assume the Zika virus has anything to do with microcephaly and it has never been linked to microcephaly until now. Ignored is the fact that there are 35 other countries across the globe that have confirmed cases of Zika virus illness, but none are having any microcephaly reports. For example, there are plenty of Zika cases in Colombia but there are no records of microcephaly, despite the fact that it has the second highest incidence of the virus after Brazil. When the Colombian president announced that many of the country’s citizens were infected with Zika, 3,177 pregnant women were tested and all were carrying healthy foetuses or had given birth to healthy babies. What we appear to have is an unproven notion that this very mild viral illness somehow caused an “epidemic” of thousands of microcephalic newborns in an outbreak that made its appearance out of nowhere.

Despite there being no scientific evidence that the Zika virus has anything to do with microcephaly the World Health Organization (WHO) declared the Zika virus a global health emergency on 1 February 2016. Margaret Chan, the director of the World Health Organization, has admitted that the causal connection between microcephaly (the birth defect) and the Zika virus has not been demonstrated. It is “strongly suspected.” However, in order to respond quickly to the “crisis,” the world must act on a "suspicion." Suspicion! Imagine being taken out to sea on a ship and returning without your baby. Loss of life and possible emotional and psychological problems, based on propagandist promotion of an epidemic and zero science. Even someone studying science at high school will know that in order to prove Zika as the cause of microcephaly you must establish that the virus is present (and at high levels) in most, if not all, cases. As already stated, only 17 cases of "confirmed" microcephaly have shown a relationship with the Zika virus. Evidence of Zika virus in the bodies of a few babies born with microcephaly proves absolutely nothing.

Do 404 cases of "confirmed" microcephaly constitute an epidemic in Brazil? No, not even close. In fact, in those 404 “confirmed” cases of microcephaly, Brazilian researchers admitted some cases could actually be, instead, other kinds of nervous-system impairment. At the very most, it would be 404 but it could be a much lower figure. And remember, Brazil is a country of 200 million people!

Has Zika been proved to be the cause of microcephaly? No, and to suggest there is a definitive link between Zika and microcephaly is preposterous. In fact, 17 out of 404 is major evidence that Zika is not the cause. If Zika were the cause, researchers should have been able to find it in the overwhelming majority of the 404 babies.

Throughout Brazil many people have been chronically exposed to Monsanto’s Round-up, Syngenta’s Atrazine, mosquito repellents and fumigation with neurotoxins. Brazil is notorious for the widespread use of toxic chemicals because of their burgeoning agricultural economy. It is the biggest user of agribusiness poisons in the world. The rampant use of toxic pesticides (many of these chemicals are banned in other countries), grinding poverty, severe malnutrition and widespread vitamin A and zinc deficiency (vitamin A deficiency has been linked to an increased risk of microcephaly and zinc is known to play an important role in the structure and function of the brain), contaminated water (toxic larvicide was introduced into Brazil’s water supplies in 2014), lack of basic sanitation, overcrowding, prior toxic vaccine campaigns (in late 2014, the Brazilian minister of health announced that a new Tdap - diphtheria, tetanus, perutsis - shot would be mandatory for all expectant mothers starting in early 2015) - these are all factors that cause the poisoning of an entire country. When you add all these co-factors together, then you have a plausible link to microcephaly. Aside from the possible causes mentioned above (e.g. severe malnutrition, vaccines, pesticides, etc), any insult to the fetal brain during pregnancy can result in microcephaly such as falling down stairs or taking a blow to the stomach.

Interestingly, a large proportion of the 404 (possible) microcephaly cases come from the northeast region of Brazil. Commercial agriculture is widespread in this region of Brazil which means a rampant use of toxic pesticides. A report from the Argentine doctors’ organisation, Physicians in the Crop-Sprayed Towns, points out that a chemical larvicide (pyroproxyfen) that produces malformations in mosquitoes was introduced into the drinking water supply over 18 months ago. Are malformations detected in children from pregnant women living in areas where the Brazilian state added Pyriproxyfen to drinking water merely a coincidence?

Could the world's health authorities be using Zika virus mosquitoes as a cover story to conceal the damage caused by toxic chemicals manufactured by powerful globalist corporations? Could the world's health authorities and global elites be using the Zika "crisis" to further corporate agendas and profit margins. In this way, nature can be blamed, more insecticides and vaccines can be sold, and more genetically engineered mosquitoes can be released (the biotech company Oxitec is already profiteering from the Zika virus story). The "crisis" strategy has been used time and time again to exploit and control whole populations.

There is already a rush to develop a vaccine against Zika and the big winner here will be of course is Big Pharma. Apparently, one Indian drug manufacturer has already announced it has developed a Zika vaccine. Take note of what is being fast-tracked: a non epidemic and benign mosquito virus where the solution is a toxic vaccine. A vaccine for a virus that hasn’t been proved to cause anything serious and is least likely to be the causative agent. What does that tell you? If public health organizations were truly concerned about public health why are they not warning pregnant women to abstain from aluminium or mercury-containing vaccines (neurotoxic substances)? Any honest neuroscientist will tell you that there is no known safe level of either aluminium or mercury (or lead, for that matter) in the living tissues of any animal, especially immature foetuses.

Rather than endorse and promote toxic vaccines show us proof that the epidemic actually exists. Show us how this relatively innocuous virus acquired the ability to produce these terrible malformations in unborn human babies. It's implausible to suggest that the Zika virus suddenly learnt how to disrupt the development of human embryos. Show us proof that the number of suspected cases is being accurately reported. Show us how many cases have been reported of Zika infections among women who are not pregnant and men because of mosquito bites? They can't answer any of these questions because the story is a hoax and contrived hoaxes are an integral part of Big Pharma’s business model. This is how they survive - scaring the heck out of people at regular intervals while making tons of money in the process. If only we lived in a world where world's health authorities cared about the health of its citizens and dealt with real problems such as weakened immune systems and weren't colluding with Big Pharma. Dream on... sickness equals profit and control.

Whether WHO, CDC (Centres for Disease Control and Prevention) and US State Department to apply some heavy pressure on Brazilian researchers and the government to come up with the evidence they want, or they decide to bury the story in the press, the "Zika Express" has left the station and won't turn back. If mainstream media continues to put forth a tremendous smoke screen of information designed to induce fear and acceptance of the proposed solutions, put your thinking cap on and assess the situation based on actual evidence. If you use good quality independent media outlets you will soon smell a rat and realise the corporate lobby is distorting the facts about Zika to suit its own profit-making agenda. The Zika virus is just another fabricated threat designed to conceal what's really going on in Brazil and elsewhere in Latin America and to generate more industry profits. There is a very real health crisis in Brazil but this is never talked about in order to protect big business and their lobbyists. Don't be seduced by propaganda, follow the money trail and join the dots. There is no evidence of a microcephaly epidemic or that Zika virus is the cause of microcephaly in Brazil.

Even the new Zika study in the New England Journal of Medicine pushed out by the CDC doesn't prove anything. It was supposed to eliminate doubt that the Zika virus causes microcephaly but all it shows is a very weak correlation between the presence of the Zika virus and the occurrence of the birth defect. Even on the basis of correlation, nowhere in the study is there anything approaching a high degree of association. Only a fool would believe this fake war on Zika.

Great article and very brave of you as a volunteering company. Blaming Zika instead of factors such as the mandated Tdap vaccine or toxic chemicals in the environment and water supply is dishonest and unethical. Here we have a disease that is not even proven to be dangerous and the response is chemical fumigation, vaccines and the release of genetically engineered mosquitoes. How long will we ignore the real causes of microcephaly, autism, and other disorders?