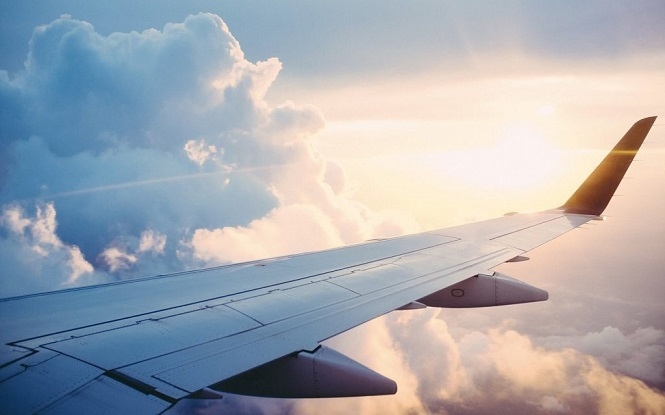 Flight Shaming is Illogical - The Ethics of Air Travel

The flight shaming movement has certainly gained momentum thanks to climate activists like Greta Thunberg, but the growing resistance to flying is illogical when you look at the evidence. The premise of flight shame is basically: flying is bad for the climate, so if you care about planet Earth, do not fly. You should principally feel shame for flying due to your carbon footprint. But how bad is flying really and is it right to shame others for flying due to their personal carbon footprint? The coronavirus outbreak has undoubtedly done a lot for the cause, grounding thousands of aircraft and sending passenger numbers tumbling. Worldwide air traffic fell dramatically from late March, 2020. What Covid-19 and second or subsequent waves mean for the future of air travel is for another day. What I want to focus on here is the concept of flight shaming and the real impact of air travel. Is the argument for shaming commercial flights justifiable because of carbon dioxide (CO2) emissions and climate concerns? Is the airline industry being disproportionately attacked when it comes to their emissions? A subsequent article will expand on topics mentioned here to avoid "information overload". This is a condensed overview of the topic and a starting point for more in-depth research on CO2, global warming, and the climate change agenda. Okay, fasten your seat belts, turbulence ahead.

Is Flying Really That Bad?

Air travel is responsible for about 2.5% of the world's human emissions of CO2. That is a drop in the ocean compared to other sectors such as ground transportation, electricity and heat production, manufacturing, and construction. Flying is clearly not the worst offender out there in terms of total carbon emissions. Tropical deforestation currently accounts for 8% of the world’s annual CO2 emissions (human), so should we not focus on protecting tropical forests if we are genuinely concerned about CO2 levels and the environment? Trees naturally capture and sequester atmospheric carbon as they grow. It is crazy that tropical forest loss receives less attention than the aviation industry. The fashion industry is responsible for 10% of annual CO2 emissions from human sources according to the United Nations (UN), so even if we all stopped flying tomorrow, this would have practically no impact on total global CO2 emissions.

If it were not for tourism, we will lose many of the world’s last remaining wild areas and accelerate extinctions. What would happen to all the national parks, wildlife reserves and conservation projects in Costa Rica with no tourists or volunteers? What would happen to the mountain gorillas of Rwanda or Uganda if people were no longer willing to fly to Africa and pay handsomely for the chance to see them in the wild? Protecting nature and the world’s most endangered species is directly linked to tourism’s economic clout. International tourists literally pay for the animals in African National Parks to be protected. Flying can actually be good for the planet through responsible and sustainable tourism or by volunteering to improve the conservation status of species and habitats. We should not underestimate how important the tourism and volunteer industries are to the conservation of wildlife and their habitats.

According to the World Travel and Tourism Council, one in ten people are employed in the travel and tourism industry, representing more than 10% of the global economy. Tourism in South America largely depends on air travel. Tourism has become one of the most important contributors to economic development and job creation. If we really did all stop flying to this region of the world, this would lead to widespread job losses and plunge an entire continent into more poverty. The importance of tourism for job creation and poverty reduction cannot be overestimated. The tourism sector has been devastated by the recent coronavirus outbreak and many Latin America countries desperately need people to start travelling again. Some locations are wholly dependent on tourism (directly or indirectly) such as the Galapagos Islands in Ecuador and Cusco in Peru. As mentioned in a previous article, hundreds of thousands of people in Cusco are suffering enormously, because their income (directly or indirectly) is linked to tourism.

It is climate hysteria that threatens air travel and when you look at the bigger picture the flight shaming argument is baseless. Have you noticed how few people point their fingers at the real culprits such as corporations and the military industrial complex? They are largely responsible for polluting and destroying the environment. For example, vast swathes of forest have been cleared on the island of Borneo so that manufactures can make huge profits producing palm oil. The Guardian states "just 100 companies have been the source of more than 70% of the world’s greenhouse gas emissions since 1988". Eco Watch states the "U.S. military is the world’s biggest polluter". If this is about reducing greenhouse gas emissions, climate activists would not be targeting air travel as there are clearly far worse offenders out there. Yet, the flight shame movement persists in making you feel accountable for your carbon footprint. Do they know there were street protests against horrific air quality in Wuhan and other Chinese cities prior to the coronavirus outbreak and lockdown?

Flying in the Face of Adversity

Nobody wants to be told to fly less, but people should consider limiting their flight use. Going every weekend from London to various destinations in Europe because it is £9.99 is excessive, putting you in the firing line of the “flight shame” movement. However, there is no reason to feel shame if you are a sensible flyer because total flight emissions are small compared to other industries, and CO2 is not a toxic pollutant (covered in part two). Moreover, how perfect are the people throwing the stones? Some of the people shaming others for flying are “hypocrites” due to their lifestyles. If you want to fly to Brazil to help with a conservation project and immerse yourself in the culture for six months or so, do not let the misguided dogma of flight shaming stop you. You should not feel any guilt whatsoever if using your vacation to help animals, the environment, and communities in need. This is known as "flying with a purpose." Likewise, if you are an immigrant and want to visit family overseas, or simply want to discover other places, people, cultures, and ways of living, ignore the anti-flying propaganda.

Problems for Airlines to Solve

It is irrational to shame people for flying because of the reasons outlined above but we need to solve some systemic problems. The aviation industry must strongly work towards becoming more environmentally friendly, such as improving fuel efficiency and reducing airline cabin waste. The sheer amount of plastic and food waste that comes from inside a plane is staggering. Why is everything you are given on an airplane wrapped in plastic? According to the International Air Transport Association (IATA), airlines generate about 6.7 million tons of cabin waste each year (approximately 1.37 kilograms of waste per passenger). Between 20% to 30% of the total waste is untouched food and drink! We need systems in place at airports to properly deal with these waste flows (in-flight waste separation and recycling facilities). Hong Kong airport has an on-site anaerobic food digester which can convert food waste to energy. Airlines should opt for materials that can be recycled or composted, replacing single-use plastics with more sustainable solutions.

For all the reasons outlined above flight shaming is wrong and is yet another example of irrational human thought. Protest groups such as Extinction Rebellion (XR) have shone a spotlight on the ethics of air travel, which proves their tactics are sometimes deeply misguided. Branding air travel a 'no no' despite many of its supporters often racking up the air miles and turning up to climate protests in gas-guzzling motor cars! Protesting against air travel in a pair of Nike trainers from a sweatshop in Vietnam (air miles), where workers "Just do it" for $0.23 per hour, is first-class hypocrisy. So is calling for a drastic reduction in the number of flights after clocking up 11,000 air miles flying to Costa Rica for a luxury holiday (XR leader Gail Bradbrook). Exaggerating the impact of air travel on climate change distracts us from other important environmental issues such as the destruction and burning of our forests. Hey, look over there (air travel); meanwhile, wonderous forests are being cleared for biomass energy. Burning the forests to save us! Look-up how many billion pounds of wood are burnt annually in the United States alone. Green energy? The biggest source of renewable energy in the European Union (EU) is not wind, solar or even hydro. No, the EU now gets more than 60% of its renewable energy from biomass: some from crops grown to make liquid biofuels, but mostly from waste wood and felled trees. Thus, causing immense harm to people's lives, the environment and wildlife.