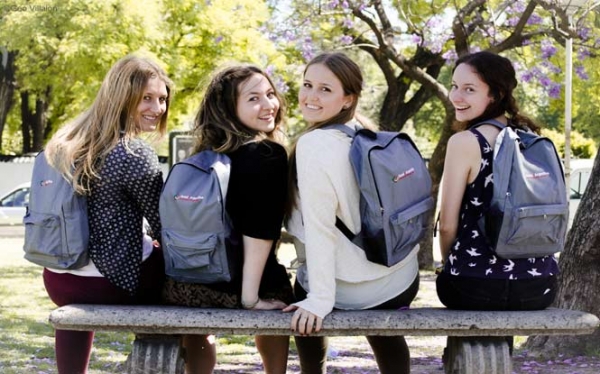 Benefits of Learning to Speak Spanish

The benefits of speaking Spanish are numerous and here are a few of the most important considerations.

Spanish is spoken as the first language by at least 400 million people around the world and is currently the forth most commonly spoken language worldwide. Knowing Spanish opens the door for you to communicate with over half a billion speakers worldwide, including those who speak Spanish as a second language.

Spanish will enhance your travel experiences when visiting Spanish-speaking countries. Away from the major cities and tourist hot-spots in Latin America and Spain, far fewer people speak English, so if you learn Spanish it is a great help when travelling. Knowing the language will give you insights into the people and culture that a non-Spanish speaker would never have access to.

Spanish will improve your employment potential. With the world becoming ever more global, contact with people of other countries has increased tremendously in recent decades. Just having a basic knowledge of the language may be all it takes to separate yourself from the crowd of other applicants. Language skills are desirable additions to any CV/Resume.

Spanish skills facilitate an appreciation of Spanish-speaking cultures. Learning the Spanish language and culture go hand-in-hand. Although it’s possible to learn Spanish never having experienced the culture first hand, direct exposure to the culture will give students insights into the language that would otherwise not be possible.

Spanish skills enable you to meet local people and make friends with other travellers. Learning a foreign language opens many doors to meeting new and exciting people that wouldn't otherwise be possible. Getting to know somebody by communicating with them in their own language is a great way to really get to know that person on a much deeper level than only through communicating with gestures or body language. You’ll enjoy your subsequent travel experiences much more if you’re able to communicate with the local people.

Spanish skills open up a world of art, music, literature and film. Spanish would greatly enhance your enjoyment of films such as Y Tu Mamá También without being distracted by the need to read the film's subtitles. In addition to deriving more enjoyment from films, Spanish skills enable you to fully appreciate some of the world’s greatest literature, music and art.

Spanish skills increase the number of projects you could join as an international volunteer. It is important to keep this in mind if planning on doing some volunteer work in Spain, Central or South America. Some voluntary organisations offer volunteers Spanish lessons whilst they are volunteering.

Spanish skills will enable you to study abroad. Many of us want to study abroad and explore various career opportunities. Without taking that first step of signing up for a language class, you may just miss out on one of life's most exciting adventures possible.

Whatever your motivation for learning Spanish, it is certainly a worthwhile pursuit.

Thank you so much for sharing this amazing and informative content with us to keep our knowledge updated. I found the whole content very informative as Spanish is one of the most spoken languages in the world this could be a good advantage for the Spanish translators as well.