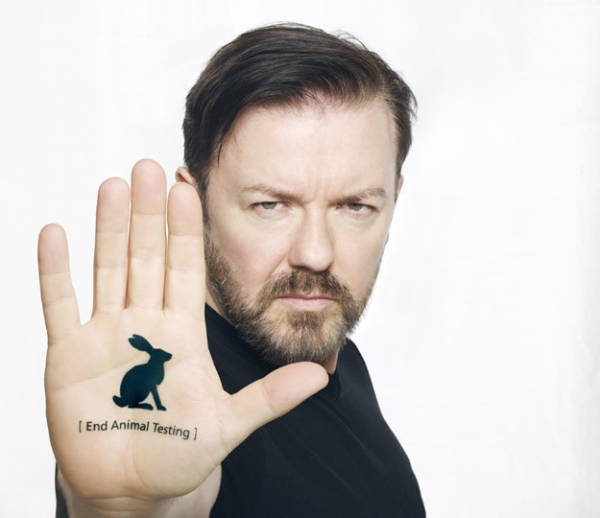 Many years ago I chose to spend an evening viewing Victor Schonfeld’s “The Animals Film.” This was a strange and revelatory experience. Sitting in front of a small screen, the history of animal exploitation flickered before my eyes. From the first steps in the 1930’s when farm animals were crowded indoors for reasons other than winter, to dog and cock fighting, bear baiting, fox hunting and hare coursing, to name but a few. I already knew of this – who doesn’t – but I wasn’t prepared for one of the most disturbing examples of humanities grim cruelty toward animals, vivisection. Until then, I had an image of science as a dynamic, progressive, frontier-expanding activity, and of its practitioners as dedicated teams of rational, open-minded professionals whose motivation was highly moral and whose concern was to benefit humanity. Much of the evidence presented in this film suggested quite the contrary, with the main beneficiary of these tests being the company profit margin.

It is not difficult to understand why animals are treated so indifferently in a society where the powerful minority holds the majority in similar contempt. What is hard is to break the circle of unthinking cruelty, and this can only be done as people begin to question the accepted values of our way of life and the grim fact of our endemic destructiveness. Here, as with other conflicts, we must build our conceptual bridges with the resources of our age. Puzzling and agonizing though these clashes often are, we know we must somehow deal with them by working out; how we should ideally think about the world and relate to animals.

The way we think about the world has a fundamental impact on decisions concerning the treatment of animals and our relationship with them. Given the importance of this, it is somewhat surprising to contemplate that the majority of people never question the way they think about the world. In many cases the world is a place where everything is ‘natural’ and ‘inevitable.’ We seem to have an astonishing ability to close our eyes to the truth, to live in a world of delusions and make-believe. These characteristics, shared to a greater or lesser extent by all of us, have helped to create a sick planet and a great deal of suffering to animals.

If everybody showed respect and had compassion for the nonhuman world, the earth would then undoubtedly become a more balanced and healthier place to live. Furthermore, if people maintain that compassion they will automatically free themselves from their mental patterns of ignorance. Knowing what is beneficial to yourself and others, and being able to do it, is wisdom, which cuts through our fundamental ignorance. Indeed, “The greatest knowledge we can posses, Socrates maintained, the only knowledge that matters a damn, is the awareness of our boundless, fathomless ignorance.”

Essentially, what needs to be done is not that particularly difficult, it is just a matter of a simple turn-around in attitude. Just because the way we think about animals has been inoculated culturally (and not programmed into us genetically as those who take part in blood sports occasionally claim), does not mean the disease is not treatable. If changed attitudes then lead to not only changes in our personal lives but also to policy changes at the corporate and government level, indeed we have cause for hope. As civilisations advance, the trend must always be toward increasing humanity and compassion, and deceasing cruelty and exploitation.

People need to educate themselves about vivisection and pass on this information to their friends and family. It is only our ignorance on the issue that perpetuates this cruel and barbaric practice. Something can always be done if the will of the majority dictates it.

One of the most effective ways of turning changed attitudes into positive, concrete actions is by buying products not tested on animals. The grim fact is that all too many companies still test their final products and ingredients on live animals. Buying products that are cruelty free demonstrates to those companies that continue to test that you will not be supporting them. Nowadays, it’s very easy to find products not tested on animals and these can easily be found on the internet, in whole-food and ‘alternative’ shops, and increasingly in some supermarkets (i.e. all Co-op own brands are not tested on animals).

Unlike so many other animal abuses, the issue of using animals in product testing is one that ultimately rests with consumers. Reliance on animal testing methods for cosmetic and household products will continue unless concerned citizens speak out with their purchasing power. By making informed humane choices and encouraging others to do the same, individuals can push for an end to product testing and stop the needless suffering of countless animals each year.

Laboratory animals do not have a voice, so we must use our purchasing power to speak out for them.

You can find out more about vivisection and cruelty-free companies and products via the following organisations and charities: British Union for the Abolition of Vivisection; Dr Hadwen Trust; Doctors and Lawyers for Responsible Medicine; Animal Defenders International; FRAME; National Anti-Vivisection Society; People for the Ethical Treatment of Animals; The Humane Research Trust; Uncaged; Caring Consumer; Go Crulety Free; and Leaping Bunny.

We must stop animal testing.