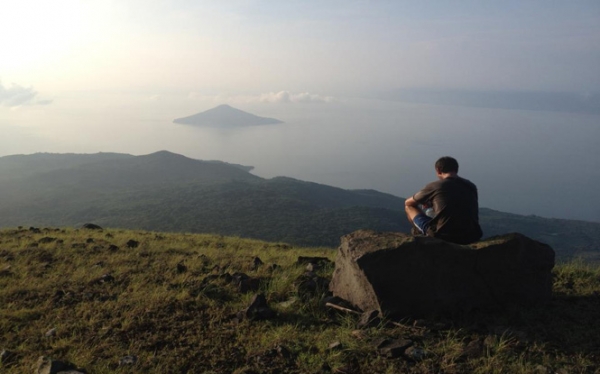 Backpacking in your 30s, 40s and beyond

It’s amazing how many online forums are centred on the initial question of ‘Am I too old to backpack?’

Let’s be clear. Backpacking refers to a style of travelling. You take a bag (which contrary to popular opinion, does not have to be an actual rucksack although that can be useful), you’re probably travelling independently (though not necessarily solo) for most of the trip, you probably won’t have a strict itinerary, and you may or may not be on a budget. The idea that this way of travelling is the domain of one group over another is o.v.e.r.

Many of us in our 30s, 40s and older travelled this way in our teens and twenties. And those of us who still enjoy it have just carried on. And if luxury resorts, escorted tours or group travel have replaced it for others, that’s fine too – right or wrong does not exist here. Some call upgraded backpacking ‘flashpacking’ – backpacking with more money, staying in (nicer) hostels in private en-suite rooms, still using local transport, and to varying degrees, directing our own itineraries.

“Three weeks? Oh, you’re on holiday, not backpacking!” Overheard in a hostel a few years ago, this delightfully cocksure pronouncement was swiftly met with the words, ‘One can backpack however one wishes’. While time can be an issue for older holidays, many jobs rely on a laptop and internet, so extended trips are often easier for some, while backpacking families are not an uncommon sight, using school holidays to get away.

Let’s talk money. Sure, many older backpackers have more cash, but it’s not always the case that one group is more or less affluent than the other. As for haggling over the last penny being something only young budget travellers do… not so. Stingy people are stingy people, whether 21 or 61.

In my case, money has solved one great backpacking dilemma – my dread of dorms. I never had the joy of staying in a 24-bed dorm but I did 6- and 8-bed ones. The notion that that wanting private rooms is a sign of age is rubbish - some of us hated dorms in the first place. But of course, for many that is the case, be it the bathroom-sharing, fear of theft or creaking beds for reasons left to your imagination. And the same for ‘party hostels’ – no words put more fear into me.

“But Mexico is soooo complex, man,” says one guy at the hostel bar. Fair enough. But he’s been at the same hostel for three weeks, partying every night and sleeping most of the day. So I might get my Mexico politics lesson elsewhere. Less time for backpacker bores has come with age – I lacked a filter when making friends in my 20s, but now a night in my own company is preferable to the brags and ponderings of a random.

Comparing travel experiences isn’t restricted to the seasoned traveller. Young or old, serving up opinions on why Angkor Wat is better than Machu Picchu or why African art beats South American is pointless. It was annoying then, it’s annoying now. Just don’t.

In the end, you can only speak for yourself. The uninhibited travelling of my teens and 20s is something I wouldn’t trade for anything. But I still enjoy that freedom, and have more money to spend and less pressure to conform. It’s not better, just different. Long may I enjoy it…