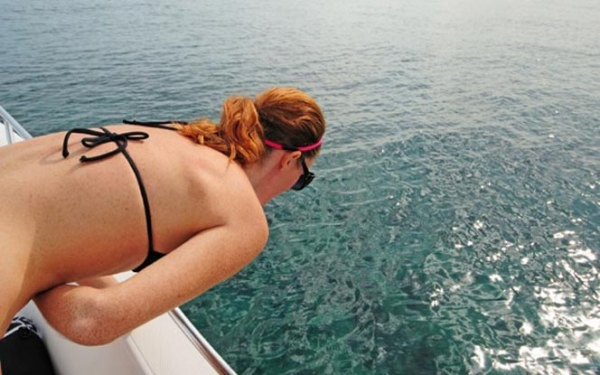 Picture the scene. You’re on a zodiac boat, whizzing about the water, about to indulge in prime wildlife-spotting - but while everyone else is snapping away, you’re bent over the side, donating your ‘offerings’ to the sea. Or you’re winding through some of the continent’s most stunning mountain scenery – but your view is of the inside of a brown paper bag.

Anyone who has suffered from any type of motion sickness knows how miserable it can be. There are hundreds of remedies, some scientifically proven, others less so. As always, everyone responds differently. Some of these ideas may be obvious but easily forgotten, others new and worth a try.

Food: Don’t eat a heavy or rich meal before travelling if you’re prone to travel sickness. It’s tempting to ‘stock’ up before travelling but unwise. Equally, an empty stomach isn’t advised. Alcohol is worth staying clear of too. Water is best, and while sweet fizzy drinks are hardly healthy, they can help.

Seating: The first rule of bus or coach travel is sit at the front. On trains, face the direction of travel. Essentially, the idea is to sit somewhere which has the least motion and to keep relatively still. On planes, that’s usually over the wing. On boats, the centre of the ship feels the least movement. Keeping your gaze on the horizon or any fixed point also helps. For car travel, either drove or bag the passenger seat. And don’t read or watch films. Listen to music or download podcasts of favourite shows instead. And if you can get fresh air circulating, even better.

Natural remedies: Ginger is the spice of choice here. You can buy ginger capsules, or dilute powdered ginger. Even eating ginger biscuits or drinking ginger ale can settle the stomach. Peppermint can also be effective, either as a tea or mint sweets such as Polo or chewing gum. And if you’re able to munch on a clove, that can also ward off those feelings of nausea.

Alternative remedies: Acupressure-based wristbands such as Boots Travel Bands, or the knitted elasticated Sea Bands are popular with many people. They have a little stud which puts pressure on specific pressure points, known as the P6 points or the Nei Kuan points, about three fingers’ width below the wrist joint. Magnetic copper bracelets have also proved effective due to the magnets. Some say these acupressure remedies are only placebos, but if they work for you…..

Medicines: Most motion sickness meds contain one or two key active ingredients which block the confusing nerve signals in your inner ear. One is hyoscine hydrobromide, available under different brand names, also available as patches, so the hyoscine is released into the blood stream. Side effects can include feeling drowsy or dizzy. Antihistamine-based medicines (e.g. cinnarizine and cyclizine) sometimes have fewer side effects. It’s best to ask the pharmacist for which ones are best suited to you.

In the end, it’s about experimenting to find what works for you. Personally, I don’t go on any long trips without Lucozade, peppermint gum, cloves and a packet of ginger biscuits.