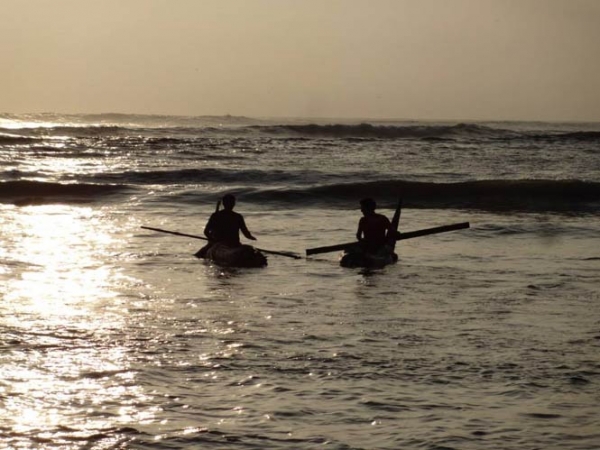 Peru’s Pacific coastline makes it the perfect place to foster it’s increasingly popular past time and sport  - surfing. This stretch of coast is now internationally recognized as one of the best places to surf in the world, with the longest left hand wave on the planet at nearly 2 miles long!

Peruvians and foreigner s alike are starting to take advantage of the ideal conditions along this coast, perfect for both complete beginners and professional surfers. In 2010 the Peruvian team came top in the ISA Billabong World Championships and has continued to prove that they can not only match but also better the skills of powerhouse teams who have traditionally dominated the sport such as Australia, South Africa and the United States. In addition to hosting key international competitions, Peru has confirmed its position as a surfing hotspot.

It’s a reputation that is befitting of a country with a long history of the sport. Although today surfing as we know it is thought of as having its roots in Hawaii, there exists another theory which places Peru at the origins of the surf story. This is largely based on evidence found on Moche pottery dating back to the third century AD which illustrates the activity of men using thin log shapes to travel across waves. These shapes can still be seen today in boats of fisherman along the northern coast. These small vessels made of reeds are known as ‘caballitos de totora’ and are an integral part of the cultural history of this region. They can typically be seen say upright to let the water run-off and are a distinctive sight along many of the beaches.

One such place where you are guaranteed to see the caballitos in action is the small village of Huanchaco, now part of the wider area of Trujillo, home of the Chan Chan which is the biggest Moche archaeological site in Peru. There is no way when watching these small vessels power towards the beach with the wave behind it that you cannot recognize the resemblance to a modern day surf board. The boats are shaped in such a way that it is possible in fact to stand up and use it in the same way as a board. However, most fisherman navigate the powerful waves straddling the reed boat with their feet trailing in the water, and for a small tip they will happily give tourists a ride on the back, taking them out to sea and gliding back in on the waves.

Surfing in Peru has always been considered as a more upper-class sport, largely due to the expensive equipment involved. However, perhaps now that Peru is going from strength to strength on the world stage in this exciting sport, more and more people will feel inspired to take it up. You cannot visit Lima without noticing the hundreds of tiny people floating about on their boards across the bays, people who go out in the morning before work or people learning for the first time. On Huanchaco beach, surf schools flourish and kids dive effortlessly into the surf with their body boards showing off skills that leave everyone watching in awe. It is certainly nice to see the new generation enjoying and learning a sport in the place where it all began. And with lessons being comparatively cheap compared to other countries, why not try for yourself?