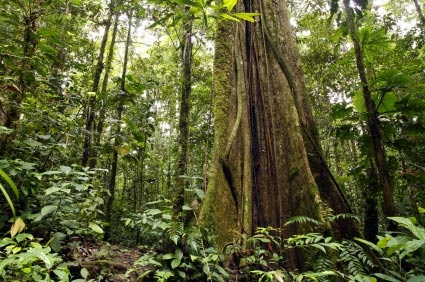 Carbon Offsets - Shortcuts are Not the Answer

Rather than sending hard-earned cash to offset companies, we need to examine our lifestyles and consumptive behaviour. We must all do what we practically can to cut down or avoid carbon emissions before signing up to some carbon offsetting scheme. Purchasing offsets can be seen as a way to avoid real behavioural change by individuals in reducing their carbon emissions. Shortcuts are not the answer.

We need to take personal responsibility for the environment (e.g. acquire a carbon consciousness) and directly offset our own emissions. This includes reducing emissions at source by looking at energy conservation and efficiency measures (e.g. making our homes energy efficient, switching off appliances, changing to a ‘green’ supplier of electricity, using solar heated hot water, etc). Carbon dioxide emissions from the housing sector accounts for at least 27% of the UK's carbon footprint.

We must make the effort to purchase products that have been made with minimal harm to or exploitation of humans, animals and/or the natural environment. Ethical consumerism is practiced through 'positive buying' and is a very effective tool in reducing carbon emissions. For example, make a point of buying produce that is sourced locally, is organic and/or fair trade. Think holistically about what you buy – how was it produced, where has it come from (supermarket food travels on average 2,500 km before it gets to you), what networks were required to sustain its production. By favouring ethical products you directly support progressive companies.

Nothing highlights the importance of addressing the consequences of our actions as consumers more than what is happening in the Amazon. Every year large areas of the Amazon rainforest are being destroyed by agribusiness corporations to grow hundreds of thousands of tonnes of soy beans. These companies then export the high protein soy to Europe and China for use as cheap animal feed (90% of soy exports are fed to animals raised for meat - primarily chickens and pigs). Factory farming for meat and dairy is at the heart of a hidden chain that links the food on our plates to rainforest destruction in South America. To make them grow quickly and produce high yields, animals in factory farms are being pumped full of imported soy crops – creating demand for vast plantations that are wiping out forests and forcing indigenous communities off their lands. The UK imports over two million tonnes of soy each year from South America to feed animals and spends £700 million of taxpayers' money to prop-up intensive meat and dairy production in England.

Although soy is one of the main drivers of Amazon destruction the cattle industry is the single biggest cause of deforestation in South America. The Brazilian cattle industry is the leading cause of deforestation and it is estimated that cattle ranchers destroy at least one acre of Amazon rainforest every 8 seconds. Over the past decade more than 10 million hectares – an area about the size of Iceland - was cleared for cattle ranching as Brazil rose to become the world's largest exporter of beef. Brazil is currently the fourth biggest emitter of greenhouse gases in the world, 75% of which stem from deforestation.

Forests are vital to stabilizing the world’s climate because they store such large amounts of carbon. It is estimated that the Amazon alone stores somewhere between 80 to 120 billion tons of carbon. If the Amazon were destroyed, it would release some 50 times the annual greenhouse gas emissions of the United States. A fifth of the Amazon rainforest has been lost since 1970.

As the destruction of the Amazon rainforest is linked to a handful of the world's largest food companies and commodity traders, you can help protect it and combat climate change by refusing to purchase factory farmed and imported meat products from supermarkets, fast food restaurants and other outlets (the UK is the second largest importer of processed Brazilian beef in the world - 50,000 tonnes in 2008). This will put pressure on supermarkets and high-street brands to clean-up their supply chains. You should also boycott goods made from cattle that have been linked to rainforest destruction (e.g. leather products and cosmetic ingredients) and the multinational corporations (global brands) behind these products. Better still, why not switch to a vegetarian or vegan diet as what the soy and cattle industry demonstrates more than anything is that meat consumption is bad for the environment and simply not sustainable. Switching to a vegetarian diet would reduce your carbon emissions by a colossal 50% and going vegan results in an even greater reduction.

The ‘Meat Free Mondays’ campaign launched by Paul McCartney and his daughters five years ago highlighted the impact of meat production on climate change. Cutting down or giving up meat is the single most effective act anyone can take to lessen greenhouse gas emissions. A ‘meat free’ diet is also better for your health. Fresh evidence from the largest study to date to investigate dietary habits and cancer has concluded that vegetarians are 45% less likely to develop cancer of the blood than meat eaters and are 12% less likely to develop cancer overall.

While boycotts and ethical consumerism campaigns are legitimate attempts to create market pressure to reform specific practices, while rewarding producers with favourable practices, they fail to address one of the most serious problems inherent in modern day societies - the mass production and consumption of goods. Whatever products you buy it takes energy to get them into your shopping basket (e.g. energy to mine raw materials, make the product and ship it). There will also be other hidden costs (e.g. the exploitation of humans, animals and/or the natural environment) infused in the production and sale of goods.

In order to live in harmony with our planet and reduce greenhouse gas emissions, we need to go beyond ‘ethical shopping’ and try to divorce ourselves from shopping altogether. We need to simplify our lives, decrease consumption, and thus shrink our economic needs. In so doing, we limit the time that we must devote to waged labour, and regain control of our time, the most precious commodity in our lives.

Simplifying your life is one of the most beneficial things you can do for the environment and your carbon footprint. On a day to day level, it's about reducing our consumption of the world's resources, re-using items rather than throwing them away, recycling our waste, buying local foods (or growing your own food), walking and cycling more. Other examples include swapping your car for public transport (cars are responsible for 40% of personal emissions on average) and cutting back (or eliminating) the number of short breaks on cheap flights.

Living sustainably is not only about knowing how to make greener, more ethical, practical choices in our lives. It is also about valuing our health and wellbeing, our relationships and community above the need to consume and exploit.

Proponents of ‘sustainable living,’ ‘simple living’ (voluntary simplicity) and ‘downshifting’ realise that quality of life is much more important than quantity. Consumerism often leads to stress and dissatisfaction because it creates a society of individualistic consumers who measure both social status and general happiness by an unattainable quantity of material possessions.

The evidence cited above clearly demonstrates that making changes to our lifestyles can be a far more effective tool in preventing climate change than the carbon offset model. Instead of paying to rectify the damage once it's done, we should take steps to reduce our own carbon emissions by taking personal responsibility for the environment, simplifying our lives, and addressing the consequences of our actions as consumers.