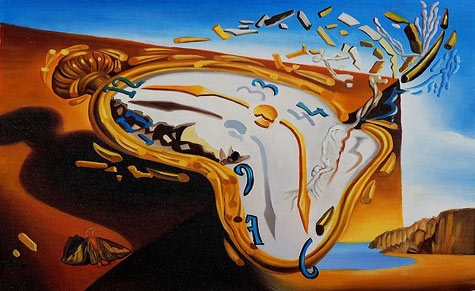 The Concept of Time

One thing you should look out for when travelling and volunteering abroad is how different cultures have an entirely different concept of time. In the European worldview, time exists outside man, exists objectively, and has measurable and linear characteristics. According to Newton, time is absolute: “Absolute, true, mathematical time of itself and from its own nature, it flows equably and without relation to anything external.” The European feels himself to be time’s slave, dependent on it, subject to it. To exist and function, he must observe its ironclad, inviolate laws, its inflexible principles, and rules. He must heed deadlines, dates, days, and hours. He moves within the rigors of time and cannot exist outside them. They impose upon him their requirements and quotas. An unresolvable conflict exists between man and time, one that always ends with man’s defeat – time annihilates him.

Many people apprehend time differently in the developing world. For them, it is a much looser concept, more open, elastic, subjective. It is man who influences time, its shape, course, and rhythm. Time appears as a result of our actions, and vanishes when we neglect or ignore it. It is something that springs to life under our influence, but falls into a state of hibernation, even nonexistence, if we do not direct our energy toward it. It is a subservient, passive essence, and, most importantly, one dependent on man.

The absolute opposite of time as it is understood in the European worldview. In practical terms this often means a clash of cultures and increased stress levels. If you board a bus in rural Guatemala, it will undoubtedly be a European passenger who starts looking around, squirming, inquiring, “When will the bus leave?” The driver will probably give the passenger a strange look and then reply “the bus will leave when it is full.” Meanwhile, every local person on the bus will be calmly and patiently waiting for the bus to fill. We once went to a afternoon music bash in Ecuador that was scheduled to start at 2pm. On arrival there was no one at the appointed spot but we didn’t need to ask “when will the event start” as we already knew the answer “It will start when people arrive.” On another occasion we agreed to meet a contact in San Jose, Costa Rica, for an late morning meeting about a reforestation project near the Sarapiqui River. He didn’t show up until the early afternoon but we kind of expected it as many Ticos run on what is affectionally known as Tico Time. If you want one further example of how different cultures have an entirely different concept of time let’s pretend we have dropped off one hundred indigenous Peruvians at Düsseldorf Central Station in Germany. How many of them do you think would complain if their train was 20 minutes late? Answer, none. How many Germans do you think would complain? It would be different to tell as the station master would be mobbed.