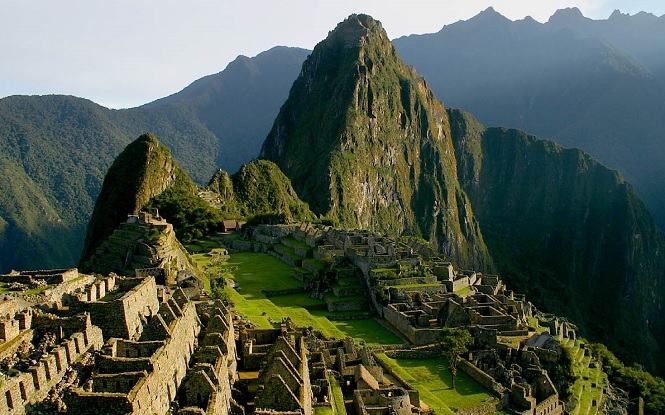 Many landmarks and sites come to mind when talking about South America. And among these, the ancient ruins of Machu Picchu in Peru are quite famous. If you’ve been planning a visit, some cool facts below will make you even more excited for the tour. So, let’s dive a bit into its history.

It is believed that the Inca empire constructed the site when the civilization was at its peak. The stones there are quite heavy, many of them weighing as much as 55 tons and around 150 buildings have been traced as of today. The stones were either pushed up the mountain by the bare hands of hundreds of men or chiselled from the side of the mountain itself. Machu Picchu was constructed with a technique called ashlar which involves stones being perfectly shaped so that a mortar is not needed.

The site has never been a lost city though, as nearby inhabitants knew about it even before American explorer Hiram Bingham discovered it in 1911. There were even farmers at work on the terraces during the expedition.

There are various theories regarding the site’s purpose. Some say it had a secret ceremonial building or the entire place was a royal community because of the baths, temples, and houses present there.

According to History.com, the site may have been abandoned by the Incas one hundred years after its construction, probably around the time the Spanish began their conquest of the pre-Columbian civilization in the 1530s. One theory suggests that since there are no traces of an attack, the inhabitants probably left because of the spread of a viral disease. Whatever the reason might be, archaeologists of today suggest the place was made for nobles and emperors only.

The Incas empire had knowledge of astronomy and the site is believed to be one of the America’s oldest observatories. They knew about the sun and the moon, as the sun comes directly above their sacred Intihuantana stone twice a year - casting no shadow. They filled two round structures with water and observed the images of the stars in the water. The Incas could identify the solstices, equinoxes, the changes of season in order to better identify the time of sowing and harvesting.

You can take the Inca Trail, which is also the ancient pilgrimage route to Machu Picchu. This is your best bet if you want to explore the region’s diverse micro-climates and experience the breath-taking landscapes. The other option is less explorative and involves taking a train which stops at Aguas Calientes. From there, you can take a bus to the Incan Citadel. The latter is the best choice if you want to save time and it also suits tourists of all ages and abilities.

Due to its fascinating construction and cultural background, Machu Picchu is a UNESCO world heritage site. It has held this status since 1983, but in 2007, it was even included as one of the Seven New Wonders of the World. The ruins are a treasure trove of the Inca Empire due to its mysterious vibes and sturdy structure. So, plan your trip today and get prepared to be blown away!