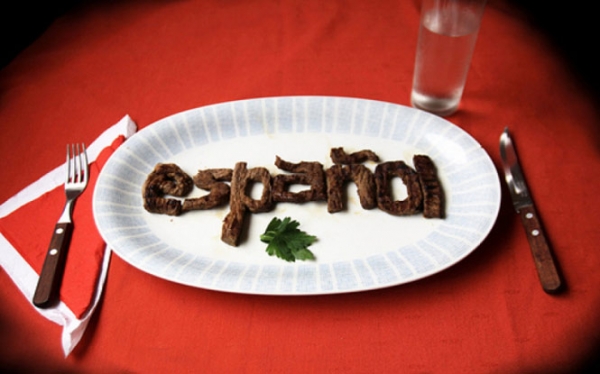 5 Neat Facts about the Spanish Language

You'll likely be able to find a volunteer position where you don't need to know much Spanish in Latin America, but to get the most out of your stay, it's a good idea to delve deeply into this beautiful language. Not only will learning another language be valuable for your career, but various studies show that it also positively affects your mind. Of course, being able to talk to your host community will also be essential in enriching your volunteer experience!

Whether or not you've already started learning the Spanish language, here are some intriguing facts about Spanish to get you excited, inspired, and confident about avoiding mistakes:

1) In English, we talk "to" people. We do generally consider this different than talking "at" people, but Spanish really puts us in our place with its version of this expression. In Spanish, you say "habla conmigo," or "talk with me." It doesn't matter if it's in the past, present, or future; in Spanish, regardless of the circumstances, you always talk "with" someone rather than "to" someone.

It sounds much more fair, pleasant, and right to talk "with" someone rather than "to" someone. While we do use this expression occasionally in English, it's less common and often has a negative connotation ("So, child, I spoke with your principal today..."). Talking "with" someone is the default in Spanish. Whether or not this tiny difference in prepositions translates to a difference in behaviour is a whole different question, but it's captivating nonetheless.

2) Similarly, when saying a temporary goodbye to our lover in English, we'll say "dream of me." In Spanish, it's "sueña conmigo," or "dream with me." No wonder they call Spanish a romance language; that's so much lovelier! Who knew that such a tiny preposition could make an English speaker feel so self-centered? Whether or not grammatical differences between English and Spanish translate to different mindsets, at the very least subtle differences like these will succeed in making you think.

3) Let's take a break from praising the Spanish language to look at some false cognates. Sometimes if English speakers don't know a word in English, they try to get lucky and say a Spanish-sounding version of an English word, hoping that it is correct or close to correct. Sometimes, this actually works. However, in other cases it can mean something totally different and you could end up thoroughly embarrassed and confused. Luckily, we're here to help. Here are some of those words:

"Embarrassed" is not one of those words that you can just tack a vowel onto and hope it's correct.  If you say "Estoy embarazada" in Spanish, it does not mean "I am embarrassed," as an English-speaker might guess. Instead, it means "I am pregnant." If you do slip up and accidentally say "I'm pregnant," you might need to know that "Tengo verguenza" or "Me da verguenza" is how you actually say "I'm embarrassed."

4) Traditional European Spanish, like most romance languages, has six conjugations for each verb: I, you, he/she/it, we, you all, they. Perhaps taking a page from the other dominant language in the Americas, Latin American Spanish has pretty much dropped the "you all" form, and in most countries it's rarely used. If you're standing in front of an audience addressing them, instead of "you all," you'd just use the formal way to say "you all," which is simply using the conjugation for "they." Thanks for making verb conjugation a bit less complicated, Latin America!

5) Now, back to revelling in the new perspective that speaking Spanish can offer you. In English, when talking about a place we've visited, we say, "I've been there." Perhaps we'll use a different verb  like 'travelled' or 'lived', and if we're feeling fancy then maybe even 'explored'. But in English, we never say "I know there." We could say "I got to know there" or "I know of there," but those aren't quite the same as "I know there." In Spanish, this is the default. You can know places in the very same way that you know people: "Yes, I know Buenos Aires. Do you?" Isn't that wonderful? It adds a whole different dimension to the way you imagine your relationship with a place.

So, what are you waiting for? Start working on your Spanish today so that you can know your volunteer site and the people there a little bit better. If you already speak some Spanish, let us know what you like about it in the comments!