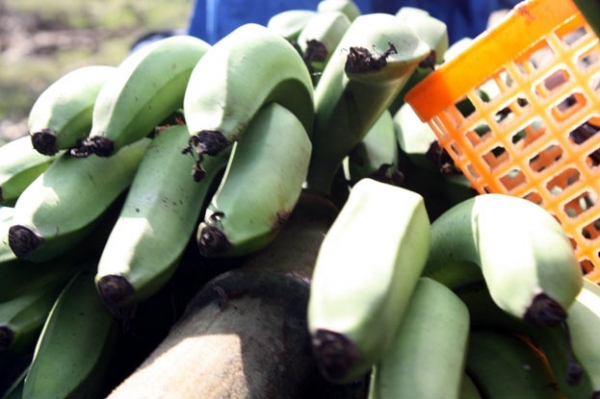 Five Foods to try in Ecuador

Unlike Peru, its neighbor to the south, Ecuador is not famous for its cuisine. However, Ecuador does have many unique and delicious delicacies that should be sampled by anyone who travels there!  In no particular order, here are five must-try dishes for those wishing to experience Ecuadorian gastronomy:

Morocho is the dream snack. It's delicious, drinkable, and versatile - warm enough to take the bite off a cold evening and filling enough to be a quick breakfast. It's like rice pudding brought to the next level with a distinctly Ecuadorian flair. "Liquidy non-rice pudding with special morocho corn, a touch of cinnamon, and sometimes giant raisins" would probably be an accurate description, but that doesn't come close to doing it justice.

Encebollado is the sworn hangover cure of many coastal Ecuadorians, and as such is often eaten for breakfast or brunch. It's a filling soup that is perfect for those who love savory breakfasts. Every vendor makes encebollado a little bit differently, but its core ingredients are tuna, yucca, onions, and cilantro. It's often topped off with a couple squeezes of lime juice and/or ketchup and/or mustard, depending on your personal taste. It is usually served with chifles, or plantain chips, which taste absolutely divine crushed up and mixed into the encebollado, giving it more of a crunchy-warm stew-like texture.

Viche is an Ecuadorian specialty coming from the shrimp-producing province of Manabí. Though it may seem like it, viche is not just an abbreviation for ceviche.  Ceviche - which at its most basic level is fish or seafood cooked by sitting in lime juice - is omnipresent on many Latin American coasts and is a delicious food in its own right. But viche (sometimes also spelled "biche") is better.  Instead of the sometimes-too-sour lime flavor dominating the meal, viche is a soup dominated by the ever-comforting flavor of warm peanut butter. It also contains fish or shrimp, yucca, plantains, cilantro, onions, garlic, a variety of veggies and sometimes lima or other beans. If you're eating viche and come across something soft and somewhat spherical and aren't sure what it is, it's likely a ball of peanut paste mixed with boiled green plantain, which is just one step of the elaborate preparation required to make this stew. In summation, viche is thick, rich, and pulled together with a delicious peanut broth - what more could one's palate want?

In parts of Ecuador and Colombia (and other countries, but under a different name), pan de yuca has a big presence on the streets.  Though it has a light, airy texture, flour derived from yucca comes together with cheese to give this bread a rich flavor. And perhaps the best part? It's usually very cheap and gluten free!

Bolons are usually a breakfast food, but I tried my first one at night in a place with sparse lighting and thought I was being handed a slightly-baked potato. Even after eating it, I wasn't convinced that I hadn't just eaten some kind of spiced up baked potato of a weird texture. As it turns out, bolons are made from plantains and cheese, mashed up together and fried into a delicious, solid-yet-mushy ball of goodness. Perfect for breakfast or a midnight snack, bolons are often available at restaurants and on the streets.

And the perfect beverage to accompany any of these delectable dishes? A glass of fruit juice made from tomate de arbol, or "tree tomato", a fruit native to Andean regions.