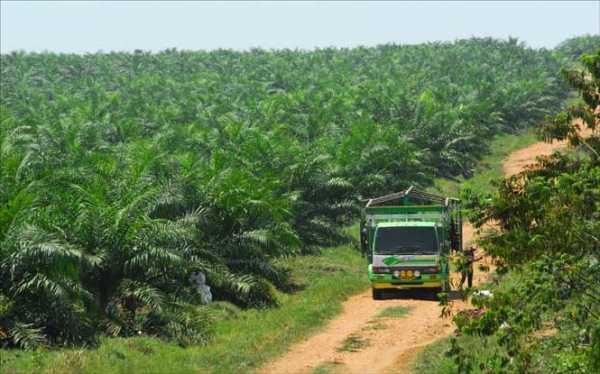 Palm Oil in Guatemala, a Disturbing Series of Events

On Friday 18 September in Sayaxche, Guatemala, Rigoberto Lima Choc, a teacher and local councillor, was shot dead outside the town’s court. The previous day the same court had ruled that a local organisation, REPSA, should cease all activity for six months. In June Lima Choc had led local people in challenging REPSA.

The above series of events could easily be read as the consequences of challenging a criminal gang or syndicate. However REPSA doesn’t produce guns or smuggle drugs it farms palm oil. A food staple that nearly every person in the western world will have eaten today.

It is estimated palm oil is now in 50% of what we buy, from tooth paste to ready meals. It is also increasingly being pushed as a biofuel. A green and renewable alternative to fossil fuels. Yet as the above story shows, and you must draw your own conclusions as no formal charge has yet been made concerning Lima Choc’s death, palm oil can be argued to be very far from clean.

The six month ban placed on REPSA’s operations was the result of the contamination and ‘ecocide’ of sixty miles of the nearby La Pasión River caused by pesticides. Twenty three fish and twenty one mammal species have been affected, with millions of fish, the local community’s main source of food, found floating dead in the water.

The production of palm oil has been blamed for deforestation, threatening endangered species and uprooting local people and while Indonesia and Malaysia are often flagged as a particularly damaging examples of the industry Central America is also being deeply affected as the La Pasión River demonstrates.

In September 2014 a conference was held to investigate sustainable palm oil production. At the moment, according to the WWF, only 18% of world production is listed a sustainable. For the rest of the industry to follow more consumers need to wise up to the reality of what palm oil production really means to people like Lima Choc and their home countries.