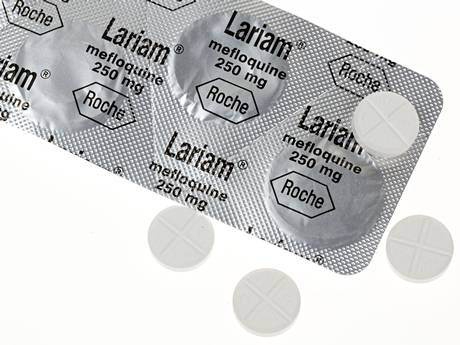 Lariam: Should you, shouldn't you?

For many travellers, anti-malaria medication can pose one of the biggest questions. To take or not to take? Which one? Conflicting advice about its effectiveness? Side effects?

Lariam contains mefloquine hydrochloride and has long been linked to certain health issues - those who suffer from depression, other mental health illnesses, epilepsy, seizures and other issues are generally advised not to take it. More recently, the US military has banned its use after its link to the massacre of 16 Afghan soldiers by a US soldier. It is, somewhat controversially still prescribed to British soldiers by the Ministry of Defence in the UK.

It also remains an option for a minority of travellers. As a frequent traveller to Africa and Asia, I have chosen to take it twice. Both times resulted in extraordinary dreams on the night of the weekly dose, but other than that, I experienced no side effects. However, other travellers have reported hallucinations, anxiety and more serious conditions and recent reports mean fewer travellers are choosing Lariam - even if it is the cheaper medicine.

Mefloquine was approved for use in the UK and the USA in 1989 and doctors were made aware of its neuropsychiatric risks in 1996. The first randomised, controlled trial of Lariam took place in 2001 in which over two-thirds of travellers experienced side-effects, with 6% citing them as severe.

If you do choose to take Lariam, you’re advised to take the first dose three weeks before travel. This is because in most cases, side-effects will have appeared by the third dose so this gives you time to obtain a different medicine before travelling. Malarone for example can be started just one or two days before travel, then taken daily and for one week after leaving the malarial area.

Malarone (Atovaquone plus proguanil) is generally more expensive, which can put some people off, especially those travelling for a long period of time in malarial area. However, for standard-length trips, it is taken for a shorter period of time and with reduced or zero side-effects which makes it appealing – and health, like travel insurance, is not an area most will choose to skimp on. The other most common anti-malarial is Doxycycline, which also known as Vibramycin-D. The type of anti-malarial prescribed depends on where you’re going and its effectiveness in that area.

Naturally, the main objective is to avoid getting bitten in the first place and an increasing number of people avoid taking any anti-malarials. They rely on preventative measures such as using a strong anti-repellent, covering up bare skin, sleeping under a net impregnated with an insecticide, spraying the room and using air-conditioning and plug-in devices. While this can be sufficient in regions where the risk is low, it is very important to get your doctor’s advice before each trip you take. Risk levels and anti-malarial effectiveness can both change.

As for Lariam, the controversy around it remains. Not everyone experiences the side-effects which have put the drug under the spotlight, but for many, it has become a no-go option.