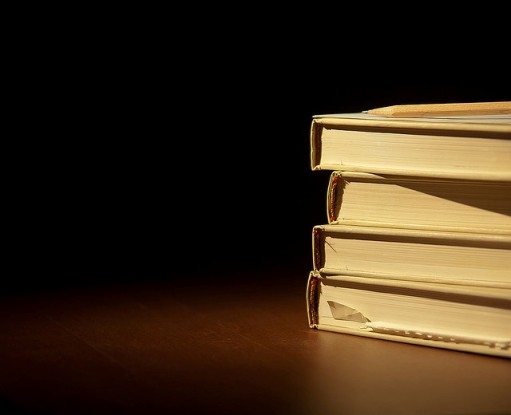 Most travellers know that for a smooth vacation, you should do your homework before you go. This often entails researching tourist destinations, projects to volunteer with, and places to stay and eat.

However, some up front reading and research can also make your time abroad a significantly deeper experience. Not only will this increase your appreciation for certain historical landmarks, but even a cursory understanding of a country's history and politics, both present and past, can help you form a much deeper connection with the communities you visit and volunteer in.

While each country in Latin America has its own famous authors, familiarity with several regional authors and historical narratives in particular can benefit any traveller. This blog is Part 1 of a series outlining books which would be a great addition to your pre-travel reading list:

1) Part nomadic travel diary and part unfolding polemic, Ernesto "Che" Guevara's iconic diaries have long appealed to legions of Latin America travellers. The Motorcycle Diaries and the Latin America Diaries are Guevara's love song to two continents. Tied together with the entertaining antics of a young traveller and his companions, they are spiked with the interesting observations of a medical student and the insightful social commentary of a revolutionary-in-the-making. Essential reading for anyone who wants to understand the personal evolution of one of the most iconic names in Latin American history, Che's two travel diaries will also get you in the backpacking spirit.

2) Born in Blood and Fire: A Concise History of Latin America, by John Charles Chasteen, is exactly what it professes to be - a concise, well-written, surprisingly easy-to-read overview of the region's complicated history - and is essential for anyone looking to contextualize the Latin American experience. The book deals with social, political, cultural, and economic themes as it progresses chronologically, beginning with the European conquest. Chasteen's text is particularly celebrated because of its inclusion of not only famous figures, but also indigenous communities and lesser known yet equally important figures of the past.

3) Famously known to Isabel Allende as "the book with the yellow cover", Eduardo Galeano's epochal The Open Veins of Latin America: Five Centuries of the Pillage of a Continent is an passionately written history and an intellectual crucifixion of colonialism. A book which resulted in its author - an Uruguayan journalist, writer, and poet - being exiled after a coup, and which was at one time banned in ultra-right wing Latin American governments, Open Veins is an essential read for anyone who hails from one of the world's colonial powers, as the themes of political economy present in this book intertwine the histories of your country and Latin America. Galeano's book is not organized chronologically, but rather by the patterns of exploitation of different resources including gold, silver, coffee, cacao, petroleum, and more. Some consider it  counter piece to Chasteen's text, but it's best to think of them as complementary.

4) A poet from Nicaragua, Gioconda Belli has written numerous other works that merit attention. However, This Country Under My Skin: A Memoir of Love and War is a critical read for anyone who is curious about Latin America's numerous revolutions, specifically Nicaragua's. Embedded with history as well as elements of romance and adventure, her memoir is an educational and emotional narrative in which Belli, a darling of the upper class, struggles to reconcile her revolutionary ideals with her inherited lifestyle and privileges. It will pique the interest of anyone who'd like to hear a high-level insider's perspective on the Sandinistas' fight against Nicaragua's powerful Somoza dynasty, and it's a must-read for any women who share Belli's ideals.

These suggestions are of course only the tip of the iceberg, and there exist many more worthwhile reads within this vein. Tell us about your favourite Latin American book in the comments and be on the lookout for Part 2 of this series, which will discuss works of fiction!