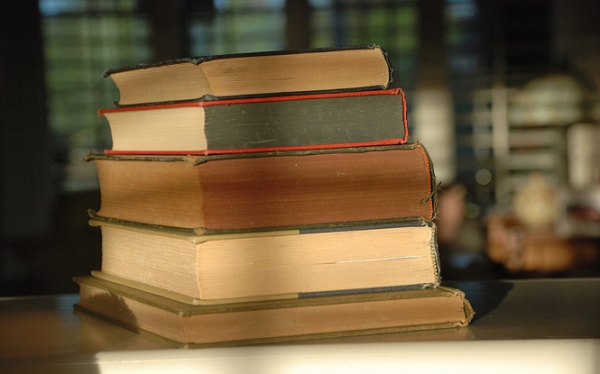 Many backpackers find space for a book or two in their packs. When travelling in Latin America, reading some of the region's most famous authors could be a ticket to good conversation and new friends!

Despite winning the Nobel Prize in Literature in 1967, Miguel Angel Asturias is slightly less known than some more recent household names. Born in Guatemala at the end of the 19th century, his jack-of-all-trades career had him known as a novelist, poet, playwright, journalist, diplomat, and one of the founders of the Popular University of Guatemala, which offered classes to those who couldn't afford the national university. He made splashes in the political and literary worlds. Asturias was famously exiled for a time due to his opposition to dictatorial rule, which was discussed in his novel "El Señor Presidente", sometimes hailed as one of the first novels exploring life under a dictator.

Nicknamed the Father of Magical Realism, he is also credited with introducing modernism as well as the study of anthropology and linguistics into the Latin American literary sphere. This can been seen in "Men of Maiz", perhaps his most famous novel, which infused Mayan cultural beliefs with Asturias's own political convictions to create a unique presentation of Guatemalan people, struggles, and aspirations. Though slightly less known, Asturias's The Banana Trilogy won him the Soviet Union's Lenin Peace Prize, and it's indispensible reading for anyone looking to gain insights on Central America's controversial, foreign-controlled banana industry through a fictional lens.

Colombia's Gabriel Garcia Marquez, often referred to affectionately as Gabo, is ubiquitous throughout the region. While Asturias was considered the Father of Magical Realism, Gabo was known for popularizing it. He won the Noble Prize in Literature in 1982 and rocked the region with his recent passing in April 2014.

Marquez was known for his radical politics, including his ardent opposition to U.S. imperialism, which led to him being denied visas into the country for a time. While working as a journalist in Venezuela, Marquez participated in the country's coup d'état in 1958. Though he began his career as a journalist and wrote many celebrated pieces of nonfiction, Marquez is most famous for his novels, which include the well-known "Love in the Time of Cholera" (which draws on the tragicomic tale of how his parents' relationship began) and "One Hundred Days of Solitude". After the extraordinary success of the latter novel, Marquez had the opportunity to act as negotiator between the Colombian government and several guerrilla groups, including current organizations like FARC and ELN.

Marquez has an interesting relationship with the final author we'll discuss today, Mario Vargas Llosa of Peru. These two Nobel Prize winners - Llosa won his in 2010 - got into a brawl in 1976 in what is perhaps the most famous literary feud in history. They had been great friends in the decade prior, but reportedly didn't speak for 31 years after the day when Llosa (who had actually published his doctoral thesis about Marquez several years earlier) punched Marquez in the face at a movie premier. Though some originally speculated that the fight was due to growing political differences, it was actually over Llosa's wife, who Marquez consoled after Llosa had been unfaithful.

Llosa - who unsuccessfully ran for president of Peru in 1990 against Alberto Fujimori - differs from Marquez and Asturias in that he shifted over time to be more politically active on the right, not the left. As far as literature goes, his novels span an impressive range of genres, including comedies, historical novels, political thrillers, and mysteries. His first and one of his most famous novels, "The Time of the Hero" (which was partially based on his time at military school), was set in Peru like many of his early works. His later works expanded to other regions of Latin America and the world, with two of his most famous novels ("The War at the End of the World" and "The Feast of the Goat") inspired by events in Brazil and the Dominican Republic's savage dictator Rafael Trujillo, respectively.

As you can see, three of Latin America's most celebrated literary icons have interesting and interconnected histories. With their novels spanning various genres and time periods, you're sure to find something that piques your interest!

Regardless of what you read, reading is a great way to relax during your downtime from volunteering. Feel free to share your favourite Latin American novels and authors in the comments, and be on the lookout for the next Latin America Reading List about poets!