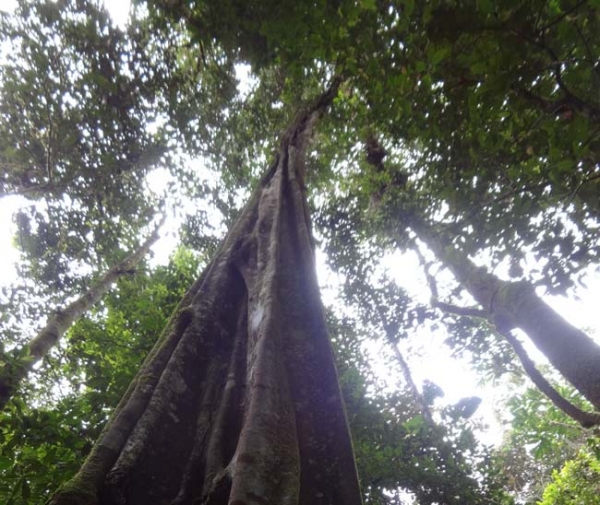 Latin America has been viewed with covetous eyes by foreigners ever since the first ships led by Christopher Columbus landed in 1492. Stories of hidden depositories of vast wealth in gold and other riches made their way across the Atlantic and spurred the first stage of colonization in pursuit of  the mythical city of ´El Dorado’.

After the Spanish conquest - whether it be gold, silver, copper or timber - raw materials have left the continent in a steady stream. This plunder has for years been carried far from the land itself where the true profits are never reaped. Today seemingly little has changed in the fiercely nationalist country of Peru - its precious national resources still flow endlessly to various points of the world - in a scenario not to distinct from that of Spanish rule when the Kingdom of Spain held a monopoly over the right to trade goods.

Now of course, Peru is free to trade with whomever it pleases, but this has not changed the situation. In the month of July the Peruvian government passed new legislation that threatens to continue this process of exploitation, continue and perhaps even exacerbate the problem. In an effort to boost a slowing economy the government has slashed the ability of the Environmental Ministry of Peru to regulate companies that operate within its borders, domestic and foreign alike. According to Mongabay.com the new legislation "significantly reduces most fines for environmental damages, forces environmental impact studies to be done in just 45 days, and will allow mining and fossil fuel exploitation in any newly-formed protected areas". The legislation has essentially weakened the ability of the Environmental Ministry to regulate mining in sensitive areas and removed the threat of significant punishments for those who act with negligence. By reducing the potential risks of running mining operations in Peru it is hoped that new overseas investment will follow and boost the economy.

The need for such industry to continue in Peru is no secret. In the year 2012 around 75% of Peruvian exports were made up from mining concessions alone, gold, silver, copper, and fossil fuels among a few of those which it extracts in abundance. The change in legislation threatens to expand an already large industry deeper into areas. Previously such areas may have been protected but there are now no guarantees that they will remain unstained by the damage of mining activity.

The changes in legislation have come at the worst possible time as Peru is also set to host the 20th session of the UN Climate Conference in December this year where hopes are high for significant international progress on climate change agreements. However, by weakening its own environmental commitments Peru will be unlikely to take strong leadership at the Conference when this is essential for its success.

The few remaining precious areas in the world need to be saved by international efforts and not merely those of individual countries. Exploitation of the land is something which has been repeated throughout the history of South America in order to satisfy the demands of the global economy. Peru and many other Latin American nations simply cannot afford to cut themselves off from a process which has been occurring for hundreds of years. It is the slow drain of the life source of the continent, what Eduardo Galleano termed as 'the Open Veins of Latin America´ in his seminal work on the exploitation of his homeland by foreign industry. Unless significant international efforts are put in place to safeguard and compensate the nations that so happen to have areas of natural beauty within their borders the cycle will continue until Latin America will have been bled of all of her beauty, and the world will be a lesser place for it. We must look toward the UN conference with hope that change will come, but if we are to look to the past as a guide to the outcome the status quo is more likely to be maintained.