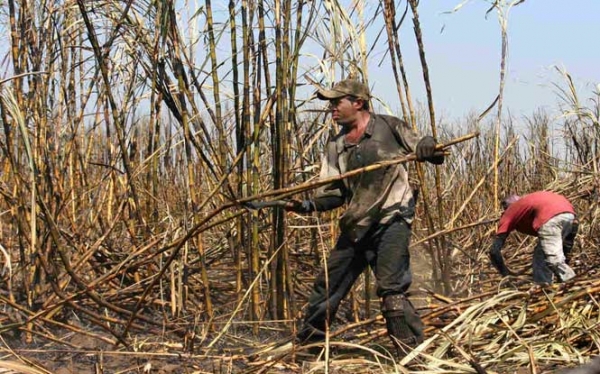 In the last 20 years there has been an unusual mortality pattern in Nicaragua’s sugar cane worker communities; otherwise healthy young men dying of Chronic Kidney Disease (CKD), a condition which usually only affects those over the age of 70.

Linked to both the generally harsh conditions and the specific chemicals used in the sugar cane industry CKD has spread like an epidemic. In the midst of this employers have been jumping to defend their business practices, citing precautions such as clean drinking water and enforced rest, however field hands tell different stories. Describing drinking water that tastes like chemicals and incredibly long days, who can afford to rest when they are paid 55p per ton?

Cases of CKD been particularly concentrated near Ingenio San Antonio (ISA), a sugar plantation owned by the Pallas Group. And despite the strong evidence to suggest a link between working in the fields and contracting the disease ill workers have found themselves abandoned by their employers: Company guidelines state workers have no right to medical or financial support unless they can prove they became ill during their time in employment. Something which is extremely hard to do given that the records from the yearly ISA medicals are not passed on to workers and their subsistent wage rarely allow for independent check-ups.

In an effort to push the blame elsewhere ISA, along with other sugar cane companies, have been funding research into genetic causes of CKD. They have also gone as far to reinterpreted existing reports to suit them. Recently researchers at Boston University complained that the industry had twisted the conclusion of their study, falsely using it to claim CKD was definitely not linked to work in the sugar fields.

International condemnation, including that from the Wold Health Organisation, has grown in recent years and workers and their families staged a protest in December. However the Nicaraguan government has so far avoided clashing with the hugely profitable sugar industry which was worth £160 million in 2013.

With an inactive government rural workers have no choice but to return to the fields Employment is low and sugar is often the only industry in the area. They may hope not be affected but the new nickname of one of the most badly affected villages, ‘the island of widows’, suggests their chances are not good.