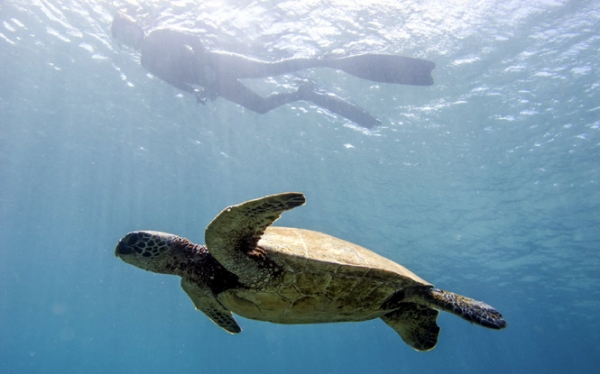 Whether it’s in the rainforest, at sanctuaries or a specially designed close-up encounter, the magic of seeing animals in the wild is magical. While many organisations work hard to ensure animal welfare comes first, there are many who don’t. We explore some of the issues around wildlife tourism in Latin America.

Some tour companies are actively involved in conservation, donating money from the tour to support local wildlife organisations or research teams. This doesn’t mean the tour is 100% ethical but it’s a good start. Ask about the guides too. Who are they? A good guide won’t just show you the animal; they’ll know all about it, understand the surrounding conservation issues and be able to answer your questions.

Warning bells should sound where there’s animal interaction without animal welfare. Over in Thailand, the Tiger Temple in Kanchanaburi is one recent example, with tigers believed to be drugged so they’re safe to handle. Any encounters like this which promote unnecessary, contrived and potentially dangerous close contact with wild animals should be avoided. Look for ones which promote animal welfare, and where local teams of experts work there permanently. If you have any concerns about a zoo, safari, sanctuary, aquarium or circus, report it to Born Free’s Travellers’ Animal Alert.

There’s always a fascination with animals at risk of extinction or low in number, be it through deforestation (particularly common in Latin America), other loss of land or poaching. Look for companies which work with local communities to protect both the species and the land they need to thrive, for example, through tree-planting, tracking the animals, creating more land or education programmes. There are numerous sanctuaries for injured, displaced and orphaned animals, but anything which relies on over-interaction with the animals should sound warning bells.

There’s a reason it’s called ‘wild’ life. When you feed, touch or stroke an animal, you’re already going against natural instinct. There may be exceptions, such as orphaned wildlife in genuine sanctuaries, but as a rule, encounters such as diving with sharks and by using chum (fish parts) should be avoided as evidence shows it changes shark behaviour, such as encouraging them to swim closer to shore.  Snorkelling trips which feed reef sharks or where guides handle the manta rays should also be avoided and/or reported.

It’s not surprising people are enamoured by these ancient creatures. In season, when they come to lay their eggs on the very beach they hatched on, it’s quite a sight, as when hatchlings dart to the sea. Turtle-watching activities should have turtle conservation as its focus, which means large groups, vehicles to access the beach and bright lights are all no-nos. Hotels which offer turtle-watching programmes should promote empty beaches as even beach furniture such as chairs and sunbeds can discourage turtles from coming to shore.

Swimming with dolphins and whales

If the creatures are in captivity or doing tricks, stay away; there are enough responsible holiday companies and organisations offering viewing and swimming excursions with wild dolphins and whales and you can volunteer at research centres and sanctuaries. With whale-watching, don’t expect to get too close; responsible operators know they must remain a certain distance away. In fact, don’t expect anything at all. You might see an acrobatic display or just a few tails, but that’s the beauty and beast of wildlife-watching. And if swimming with whales or dolphins, only do so if you’re a strong swimmer and snorkeller.

There’s a chance if you’re in Latin America you may wander south to Ushuaia and end up tempted by a cruise to the frozen continent. It’s already taking pretty good care of itself – mining and drilling are banned and there are no hunters - but climate change has affected this landscape, mostly due to the melting ice, and tourist footfall does have an effect. Make sure your tour operator is registered with IAATO, The International Association of Antarctic Tour Operators, which follows strict regulations, and once there, listen to guides’ advice such as keeping your distance from wildlife and not taking anything from the landscape, not even an ‘innocent’ piece of Antarctic moss.

Wildlife and tourism can benefit each other hugely. Be conscientious, support the national parks, ask questions and listen to the experts. Hopefully many of these species and landscapes will be around for years to come.