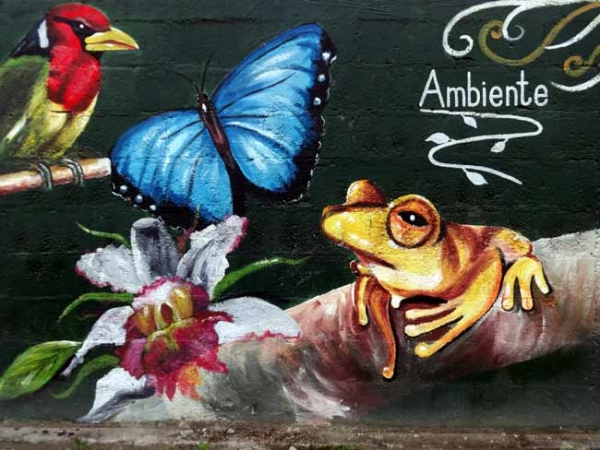 Yasuni National Park is according to some studies the most biodiverse place on Earth. Situated in a unique area where the Andes meet the Amazon converging to create a hotspot for amphibians, mammals, bird and insect life to flourish. The area spans some 980,000 hectares and was made a World Biosphere Reserve in 1989. This tropical paradise is also home to indigenous Ecuadorian tribes, the Kichwa and the Waorani, some of whom live in a state of voluntary isolation in order to maintain their traditional way of life.

Yasuni is however under threat and has been for some time. Not long ago the Ecuadorian President proposed a plan to save several blocks from proposed oil drilling. The plan, called the Yasuni Ishinpingo – Tambococha – Tiputini Initiative (ITT), required the international community to provide $3.6billion to offset the losses of the area not being exploited. At the time it was a hailed as a breakthrough in international environmental protection as it was based firmly upon the concept of collective responsibility for the conservation of an area of global importance. However, this plan ended in failure, as only 0.37% of the total goal was raised, around $13 million.

The proposed drilling has been subject to more recent controversy. Earlier this year an environmental campaign launched in Ecuador collected over 700,000 signatures to trigger a national referendum on whether or not the drilling should go ahead. The figure reached was well over the limit set by the Ecuadorian Government to force a referendum but the National Election Council declared that many of those who had signed had done so under false names or that many had written their names more than once. The final decision reduced the number of signatures by almost 60% and once again the fate of the Yasuni National Park has been thrown into doubt.

Within Ecuador the issue of Yasuni is one that divides the nation. From anecdotal sources at least there is a feeling that many from the cities, the youth, student populations and day trippers – those who love the rainforest but may not necessarily live in constant contact with it - are against the proposals. However, there is a sense that many who may benefit from the influx of opportunities that may be opened up by the plan going ahead are for it. A primary concern seems that of education and maintaining a future for next generations of Ecuadorean children. It is of course a complex situation with many more nuances than this generalized picture as a love of nature also seems prevalent throughout Ecuadorean culture.

But for sure there is also the fear of what happens when the oil runs out and like what happens to Macondo in Garbiel Garcia Marquez´s One Hundred Years of Solitude when the banana company leaves town, and those left behind question whether it was worth them ever coming at all.

As it stands drilling is set to begin in 2016 and the area will be changed forever with irrevocable damage caused to primary rainforest, native species and the indigenous peoples who inhabit the area. This story has been replayed throughout the history of Latin America as its bountiful national resources are plundered to feed a demand that is predominantly found abroad. The Yasuni initiative offered a chance to change the plot, but sadly it was ignored by the international community – perhaps rightly as plans were being made to drill even while the initiative was still open. However, by ignoring the opportunity to set a new standard for global conservation the international community has left one of the few remaining precious areas of biodiversity open to exploitation. If this fragile and unique place, tucked away in Ecuador´s Eastern edge, cannot be saved then it does not bode well for the conservation of the Latin American rainforest. It is a burden that must be met by the international community as a whole and not only the individual countries that happen to be home to these areas of natural beauty.